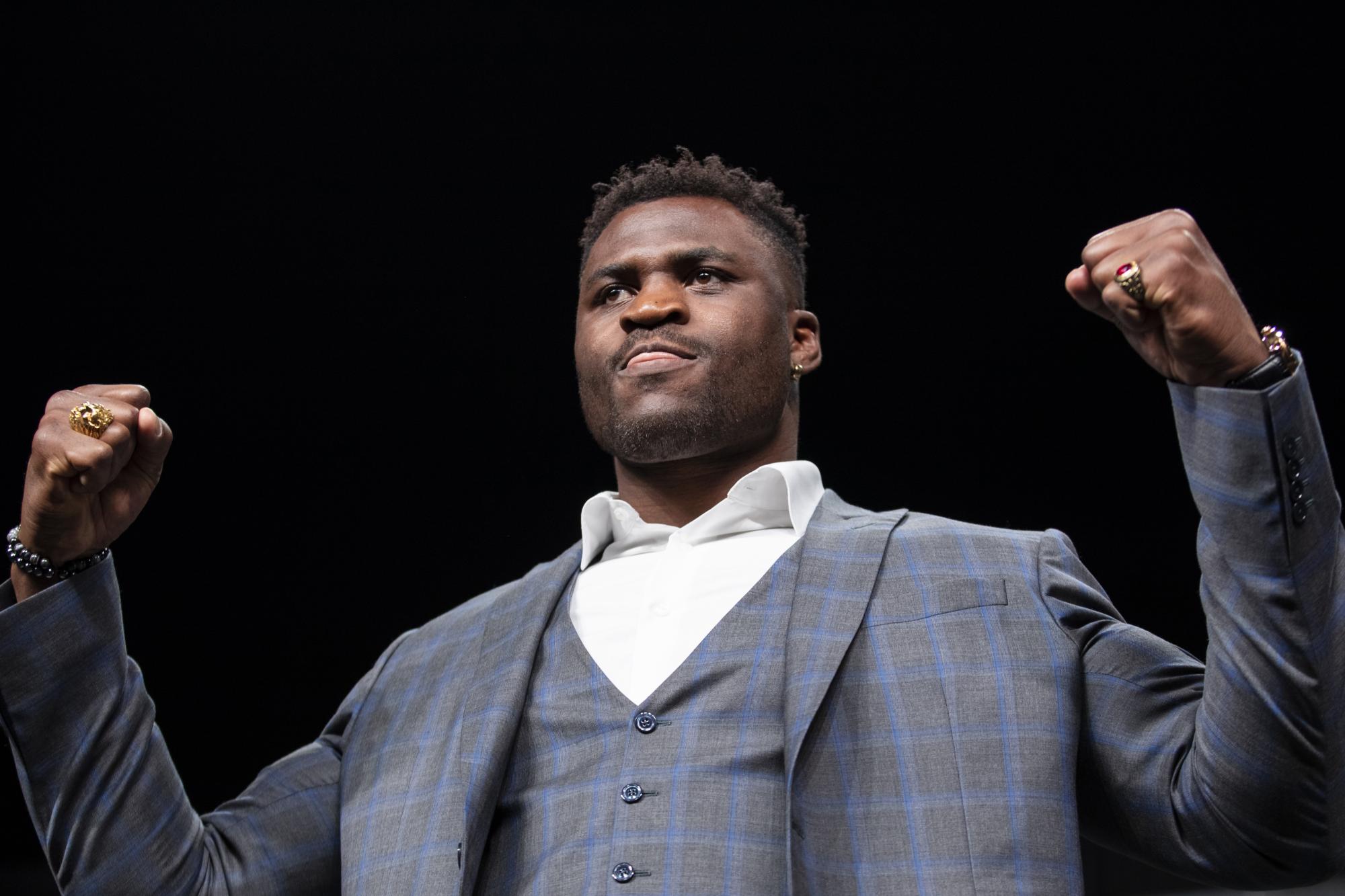 The next contender for the heavyweight title could be determined in this showdown between terrifying knockout artist Francis Ngannou and former champion Junior Dos Santos as both look to build on recent wins. Ngannou has rocketed back up the rankings with a pair of first round finishes, including his stunning 26-second knockout against former champion Cain Velasquez earlier this year. Ngannou has finished all eight of his wins in the UFC, with only two of them making it out of the first round. Meanwhile, Dos Santos has quietly put together a three-fight win streak, including finishes against Tai Tuivasa and Derrick Lewis in consecutive bouts. Dos Santos has been a stalwart at the top of this division for the past decade and he would love another shot to reclaim the heavyweight title. To get there, the veteran Brazilian is going to have to figure out how to stop Ngannou, which is a task much easier said than done.

It’s been nearly six years since Joseph Benavidez finished Jussier Formiga in a bout that helped determine a No. 1 contender in the flyweight division. Not much has changed for Benavidez since that time, as he has constantly been ranked as one of the best fighters in the world at 125 pounds, with wins in eight of his past nine fights with his only loss coming by way of split decision. Benavidez even holds a win over current champion Henry Cejudo from their past meeting in 2016. As for Formiga, he’s undergone quite a transformation in his past few fights after joining American Top Team in Florida. The Brazilian has rattled off four straight wins, including an impressive outing against previously undefeated contender Deiveson Figueiredo. Now Formiga will attempt to cement his status as a threat to the flyweight title as he looks to avenge his prior loss to Benavidez when they meet in the co-main event from Minneapolis.

Veteran welterweight contender Demian Maia bounced back from three straight losses in his last fight as he made short work of Lyman Good while wrapping up his 10th submission win inside the Octagon. Maia will undoubtedly look for No. 11 this weekend as he faces fast rising star Anthony Rocco Martin, who has found new life since moving to 170 pounds. Martin has earned four straight wins while climbing into the top 15 at welterweight, including a knockout over Ryan LaFlare and a submission victory against Jake Matthews. If Martin hopes to continue his journey into the deepest part of the welterweight division he will have to go through a proven contender like Maia.

Undefeated prospect Roosevelt Roberts will look to keep his perfect record intact when he faces Vinc Pichel in a lightweight bout on the main card. Roberts earned his UFC contract through Dana White’s Contender Series and since that time he’s picked up two more wins inside the Octagon. Now he takes a step forward in the division by facing a true veteran in Pichel, who is a former Ultimate Fighter contender with wins in four of his past five fights. Pichel has never backed down from a challenge and he will offer Roberts his toughest test to date since joining the UFC roster.

Expect fireworks in this lightweight bout between Drew Dober and Marco Polo Reyes as they each look to bounce back from recent losses. Dober had a three-fight win streak snapped in his most recent performance against Beneil Dariush while Reyes went down swinging in a firefight against Damir Hadzovic. Dober and Reyes are both known for putting on exciting fights, so expect the leather to go flying early and often in this matchup that could be a real crowd pleasing affair on the main card

As the light heavyweight division continues to search for new talent, Alonzo Menifield may be just the kind of athlete the 205-pound weight class has been waiting to find. A physical specimen with a well-rounded skill set, Menifield is undefeated in his career at 8-0, including his win on Dana White’s Contender Series, as well as a first round knockout in his UFC debut back in January. Now he faces a submission specialist in Craig, who has proven time and time again that you can’t count him out until the final horn sounds. Craig is a slick ground fighter with incredible heart and he’ll definitely test Menifield in every aspect of the fight game when they clash to open the main card.

Former Alabama football player turned fighter Eryk Anders will stick around at light heavyweight for a fight against Vinicius Moreira this weekend. Anders has always been considered a solid prospect, but he’s struggled lately with three losses in a row while bouncing back and forth between middleweight and light heavyweight. Anders will attempt to get back on track while fighting at 205 pounds against a tough Brazilian in Moreira, who joined the UFC by way of Dana White’s Contender Series but came up short in his debut. Now Moreira wants to get his first UFC win more than ever but he’s facing a dangerous opponent in Anders, who steps into this fight with his back against the wall

Never afraid of a full-on brawl, Jared Gordon always seems to find himself in the middle of the kinds of fights that bring the crowds to their feet. Unfortunately, Gordon’s exciting style has resulted in two straight losses and he definitely wants to avoid a third as he faces off with Dan Moret, who is stuck in a similar situation himself. Moret joined the UFC in 2018 but has yet to find the winner’s circle after two consecutive losses. Moret certainly doesn’t want to start his UFC career with a trio of defeats but Gordon will give him everything he can handle and more

Bantamweight prospect Ricardo Ramos will look to return to the win column when he faces 9-1 UFC newcomer Journey Newson on the preliminary card. Newson comes to the UFC off six straight wins, including four by way of knockout or submission. Newson is a solid, all-around fighter but he’ll have his hands full against Ramos, who has three wins in the UFC including his stunning spinning back elbow knockout against Aiemann Zahabi in 2017.

Jordan Griffin fell short in his UFC debut in a three-round battle against Dan Ige late last year, but prior to that setback he had won his past four fights in a row, all by submission. Now Griffin will welcome Vince Murdock to the UFC as he joins the roster with a 12-3, 1NC record training out of Team Alpha Male, including four straight wins with three knockouts. Murdock seems like he could be a welcome addition to the featherweight division but he’s jumping right into the deep end against a veteran like Griffin

Former Ultimate Fighter competitor Emily Whitmire is still very young in her career, but she’s managed to pull off back-to-back wins in the UFC including a submission victory over Aleksandra Albu in her last outing. Whitmire will now look to make it three in a row when she faces UFC newcomer Amanda Ribas, who comes into the fight with a 6-1 record, including a TKO in her last fight.

Another Ultimate Fighter veteran will look for his third win in the UFC as Maurice Greene returns this weekend to face Brazilian slugger Junior Albini. Since joining the UFC, Greene has been a welcome addition to the heavyweight division, with a submission win his debut and then avenging a prior loss to Jeff Hughes in his last performance. As for Albini, he comes into this fight looking to get back on track after suffering three straight losses after kicking off his UFC career with a first round knockout back in 2017.