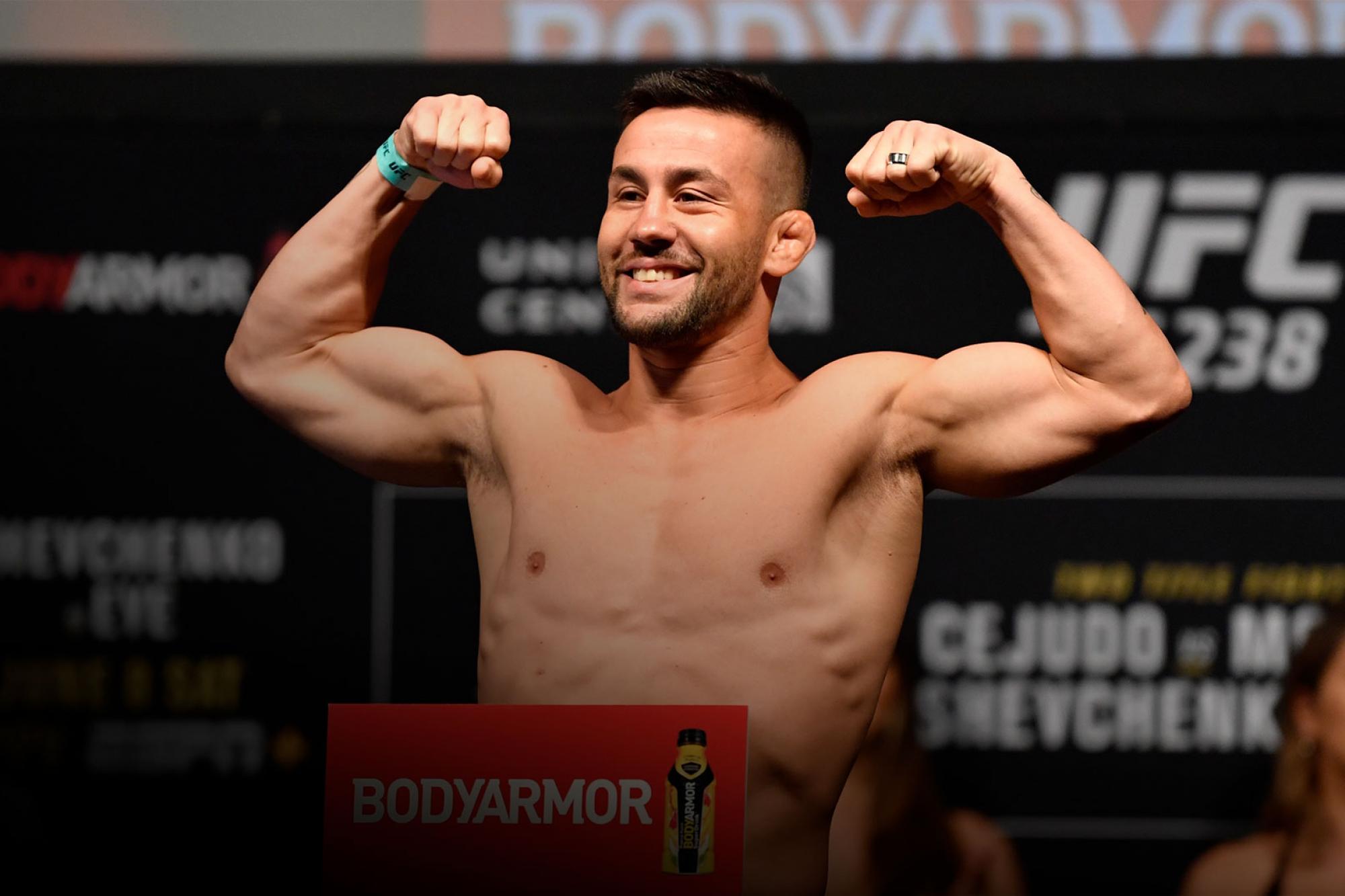 Take a deep dive into the key stats of some of the biggest upcoming match-ups at Fight Night on August 22
By Zac Pacleb, on Twitter: @ZacPacleb • Aug. 19, 2020

Yet another eye-opening bout headlines this weekend’s fight card in the UFC Apex as a former champion makes his debut in the bantamweight division against a contender with a penchant for getting his work done early. Elsewhere on the card, an up-and-coming light heavyweight looks to bounce back from his first professional loss against a former title challenger and as unorthodox a finisher we’ve seen at 205 pounds, and striking specialists do battle in the welterweight division in a fight that is a sneaky contender for Fight of the Night.

With that in mind, we took a dive into the stats of each matchup to see what might go down when the Octagon door closes on August 22.

What It Means: Pedro Munhoz is a well-rounded finisher who’s striking continuously improves as his submission game – particularly his nasty guillotine – remains a perpetual threat. There’s not really a clear path to victory against him. He has a great chin, which he put on display in his firefight against Cody Garbrandt, and in a fun three-round decision loss to Aljamain Sterling, Munhoz made adjustments as the fight went on to negate Sterling’s rangy striking attack. He carries real power in his hands, and his jiu-jitsu makes any wrestling-based attack a high risk for his opponent.

What It Means: Few have competed at the top of the game for as long as Frankie Edgar. The former lightweight champ and featherweight title challenger now makes the move down to bantamweight, and it could very well be his most ideal division. Edgar’s wrestling base allows him to grind opponents down over time, and his high work rate translates to his striking. Edgar mixes everything up as well as anyone has in the UFC.

What to Look For in the Fight: Edgar’s bantamweight debut projects to be a fun matchup between highly skilled guys who enjoy a scrappy bout. On the feet, Edgar is probably the more polished striker, but Munhoz continues to show technical improvement in that area to go along with real power in his hooks and uppercuts. Munhoz also utilizes his kicks to set up the rest of his offense, and if Edgar is tempted to catch one of those kicks and shoot for a takedown, it’ll be interesting to see how Edgar manages what is almost surely a guillotine attempt from Munhoz.

What It Means: Ovince Saint Preux is as unorthodox a finisher as they come even though, at first glance, his style might appear rather straightforward. He is a long and methodical striker with heavy punches and a devastating head kick, and he knows how to set up those tools without expending unnecessary energy. His submission record is particularly notable, as four of his tap out wins have come by the Von Flue choke, most in the promotion’s history. It’s reason enough to keep a fight on the feet, but when OSP pulls the trigger, it’s a dangerous time for his opponent.

What It Means: Alonzo Menifield is a powerfully built, ultra-aggressive fighter who is always looking for the fight-ending strike. He throws heavy, looping punches that have real malice behind them. With that said, he sometimes rushes forward and into clinch situations that negate his natural power, but even in close, he can land Earth-shaking punches.

What to Look For in the Fight: Saint Preux is by far the most experienced and decorated opponent Menifield has faced thus far, so it should be a good test of the highly touted prospect following his first professional loss. Menifield often likes to get his work done inside of the first round, something that led to him wearing down a little in his loss to Devin Clark. Saint Preux, a methodical but always-dangerous fighter, might find success dragging Menifield into an early firefight while avoiding damage and extending the bout into the second and third rounds.

What It Means: Daniel Rodriguez utilizes his strong boxing-based attack to patiently cut angles and wait for his openings, and once those opportunities come, he unloads with strong combinations without letting up. He landed the second-most significant strikes in a three-round UFC welterweight bout against Gabe Green and felt the need to up his cardio so he can sustain that kind of output. He mostly focuses his attack on his opponent’s head but rarely overextends himself when he senses a finish, and he is more than OK with absorbing a shot in order to counter with a few of his own. 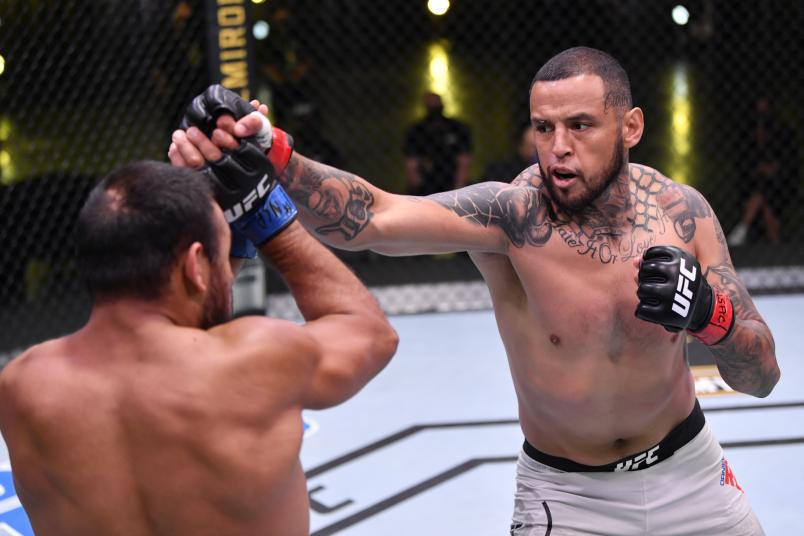 What It Means: Takashi Sato is a patient knockout artist with a deadly left hand that he usually utilizes in a quick 1-2 down the pipe. He is selective in his striking and enjoys countering if his opponent gets overeager, but he can also spring forward for a quick combination that ends with his left hand finding his opponent’s chin. He also has displayed a penchant for eating a big shot and not really getting rocked, and if he does, he has also shown the ability to quickly turn the tables with a power shot of his own.

What to Look For in the Fight: This should be a fun standup battle, with Rodriguez providing a lot of the volume and Sato looking for a window for his left hand. The battle between two southpaws always provides a little wrinkle in terms of how they manage their footwork and angles in order to get their rhythm and offense going. It wouldn’t be a shock if most of this fight took place in boxing range with only a handful of kicks between punching exchanges.