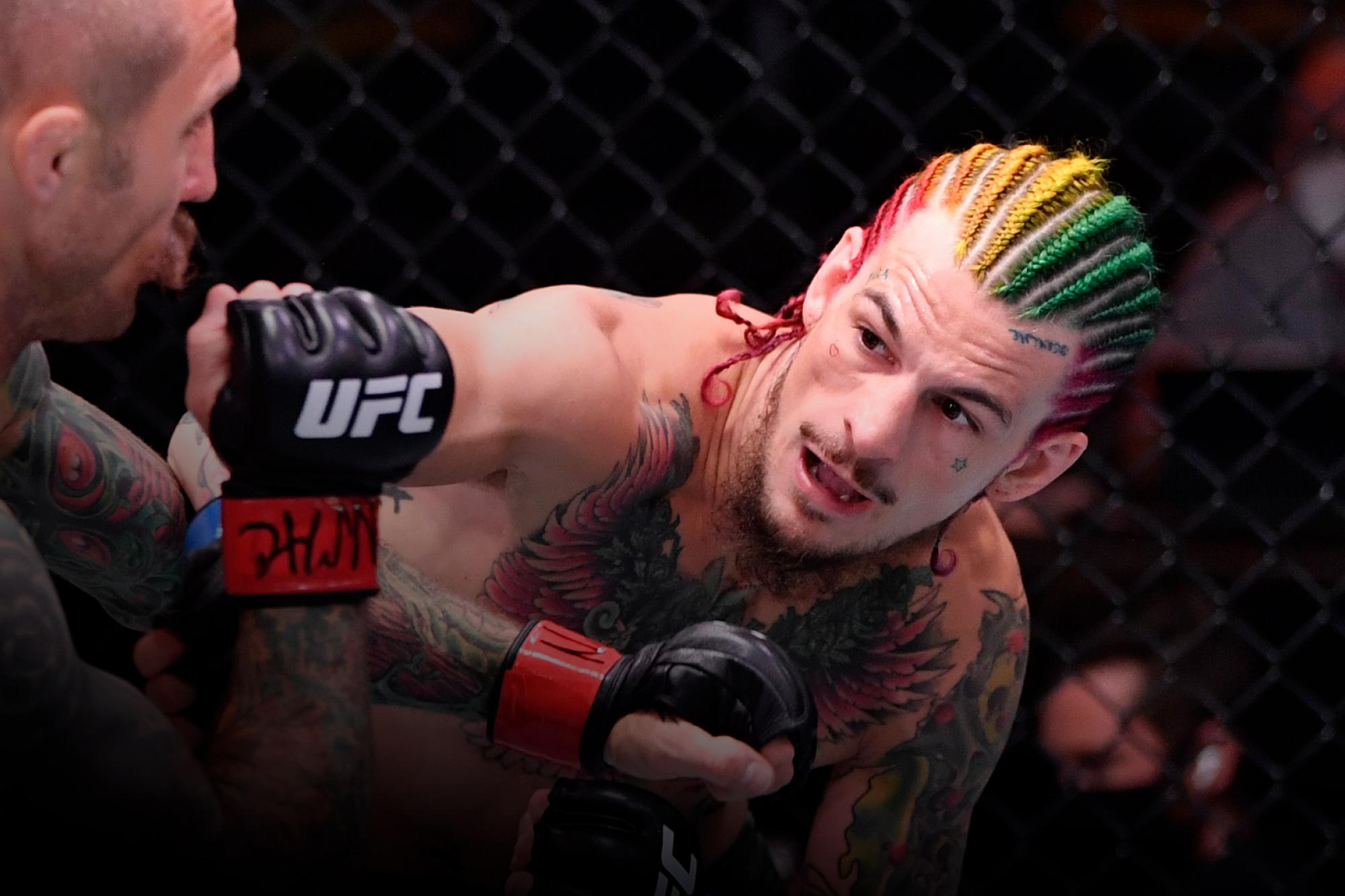 Sean O’Malley: Live and In Color

While Sean O'Malley enjoys his rising profile, he hasn't lost sight of what got him here in the first place.
By Zac Pacleb, on Twitter @ZacPacleb • Aug. 13, 2020

Watching Sean O’Malley handle his rising popularity is akin to watching him fight – calculated, measured, and undeniably on-brand. Without a doubt, 2020 has been The Year of The Sugar Show as he returned from two years away from the Octagon to score two first-round knockouts at UFC 246 and UFC 248. O’Malley has a chance for a third statement win on August 15 at UFC 252 when he takes on Marlon “Chito” Vera, his toughest opponent to date, in the co-main event.

“I almost feel guilty when I think about how good 2020 is for me and how much success and enjoyment in life I’m having,” O’Malley said. “And I think about the world and how much is going on, but you can’t think of that stuff too much, especially when your goal is to be world champ. I just gotta be focused on myself and getting better and winning fights.”

As far as fighting goes, O’Malley believes his ability to see everything in the fight is what gives him that extra boost to his impressive speed and power. Listening O’Malley talk about his ascension and status as one of the hottest prospects in the sport, it seems like he can bring that same vision when it comes to his career path.

While he has plenty of ventures outside of the Octagon, from regularly streaming on his Twitch channel, posting to his YouTube account and hosting a podcast with his coach Tim Welch, he is well-aware of the root of his growing subscription base.

Naturally, he’s looking for similar results against Vera, who quietly put together a five-fight finishing streak before dropping a Fight of the Night decision to Song Yadong. O’Malley said he expects more of a grappling approach from the Ecuadorian given his black belt in jiu-jitsu and seven submission wins on his record, but overall, the bout is one fight fans are eagerly anticipating because of both men involved.

Even though plenty of fighters have chosen to call out O’Malley, the vibe between he and Vera seems cordially competitive. Originally booked to fight each other at UFC 239, you get the sense that there’s a mutual respect of the other man’s skills rather than any sort of beef, even though a lot of people raised their eyebrows when O’Malley followed up his rainbow hairdo from UFC 250 with a yellow-blue-red combo that looks a lot like the Ecuadorian flag.

O’Malley said the new ‘do is for his Ecuadorian fans, and Vera more or less shrugged it off when asked about it at media day.

“I didn’t think it would really bother him,” O’Malley said. “If me changing my hair color got in his head, that might be too easy of a fight. I don’t think it’s going to bother him. I’m not doing it to get into his head. It’s just for fun. The fans love it. The media, it’s something to talk about. Last time I did my hair, the whole fight week was about my hair, so it’s something to talk about, and it’s just showing some love.”

For as much fun as O’Malley is having in the buildup to this fight, and for as clear as he has made his intentions to climb the ladder – just ask Cody Garbrandt – O’Malley isn’t looking past the foe waiting for him on August 15. Although O’Malley does believe he’ll have his pick of the bunch should he go out and “starch” Vera, he understand how the fight game works and how the action in the Octagon often determines a timeline.

“I gotta go out there and do what I do Saturday night,” O’Malley said. “First-round knockout (with) no injuries? Yeah, there’s a potential for quick turnaround, but we’ll see. There’s just so much that can happen during a fight that it’s hard to predict what’s next.”

What isn’t as difficult to predict is that O’Malley is going to have all eyes on him on Saturday night, and while he wishes there were fans in the arena, there isn’t really any other place he’d rather be than locked in an Octagon against someone who is more than willing to throw down.