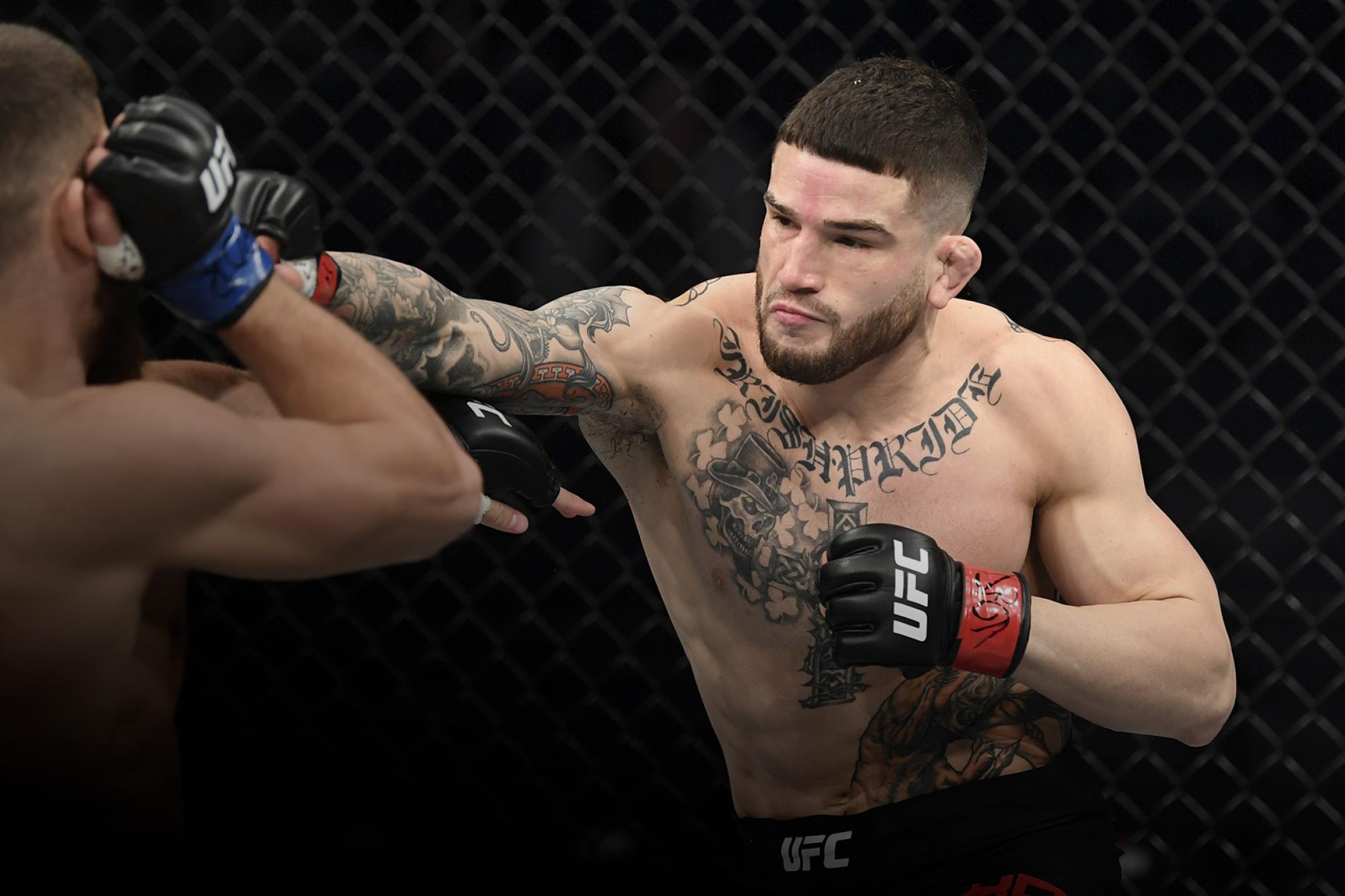 As an undefeated welterweight prospect, Sean Brady believes a finish earns him a bigger name next.
By Zac Pacleb, on Twitter @ZacPacleb • Aug. 26, 2020

He has the “how” figured out, too.

“I think I just need to finish this guy,” Brady told UFC.com. “I’m a finisher.”

At 12-0, the Philadelphia-based Brady aced his first pair of tests in the UFC, scoring unanimous decision wins over Court McGee and Ismail Naurdiev. The performances were solid, but Brady feels that in order to climb the welterweight ladder as quickly as possible, he has to stop Christian Aguilera before the final horn sounds this Saturday.

He has the skills to do it, as his record clearly indicates. Five of his 12 wins are stoppages, and three of those came inside the first round, and Brady knows that while he is searching for his first UFC finish, he can’t get too crazy in the cage with Aguilera, who Brady described as a “super tough guy.”

Brady has run into some of the same problems many fighters have faced during the coronavirus pandemic lockdowns across the world, and he has taken the precautions seriously, as both his mother and girlfriend are nurses. To get him prepped for the fight, though, Brady began training with former UFC lightweight champion and fellow Philadelphian Eddie Alvarez, who actually played a part in Brady receiving that coveted UFC call. 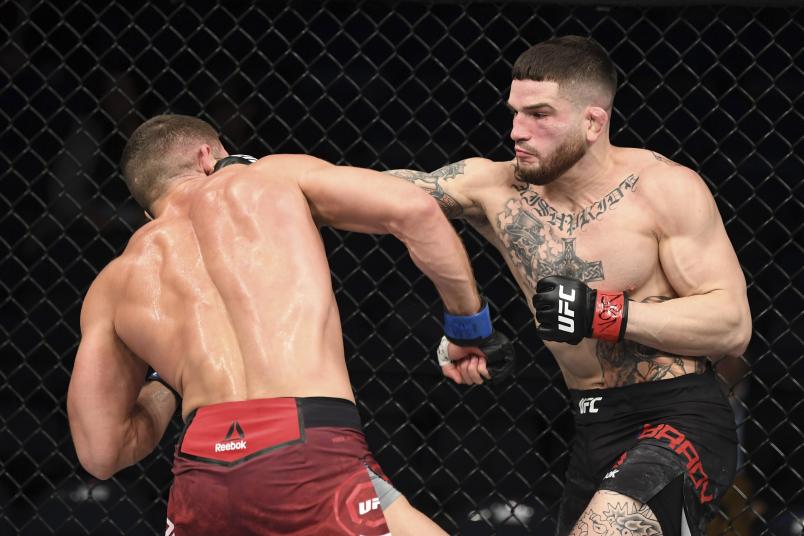 As Brady tells it, Alvarez texted UFC president Dana White and put Brady on his radar. That message, combined with the work Brady had already done, eventually got him a UFC contract.

“Eddie is a legend, especially in Philadelphia,” Brady said. “He’s a huge guy, and I’ve known him just through mutual people, and within the last two years, we got connected.”

Training with someone of that status could easily turn into a slightly intimidating experience at first, but Brady said it wasn’t ever like that and called Alvarez a “great mentor.”

“It was perfect,” Brady said. “Nothing weird about it. Eddie is a great guy. He doesn’t make you feel weird, and he was learning stuff from me, too, so we both got a lot out of training with each other.”

If he tallies his first finish in the Octagon, Brady is primed for another tough test. Improving that undefeated record isn’t a bad sight either, and it’s something in which Brady takes pride.

“There’s not many of us (unbeatens),” he said. “I think that’s just a feather in my cap. People will realize I’m a very, very well-rounded fighter, and I deserve to be fighting big names after Saturday night. I’m not super flashy. I’m not posting crazy stuff on social media, but I’m very hard working, I come from a hard-working family, and I think a lot of people can appreciate that.”

MORE: Fight by Fight Preview | Fighters On The Rise | Grasso Feels Like Magic 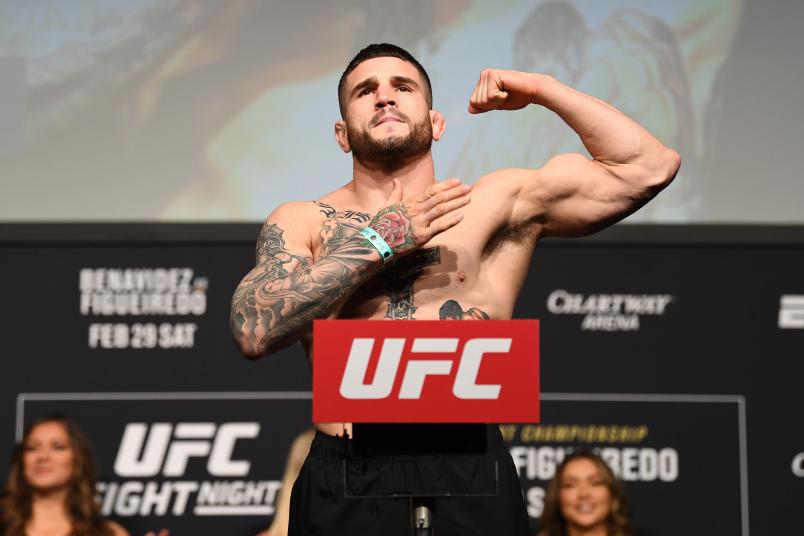 It’s the kind of blue-collar confidence worn as a badge of honor by Philly-bred fighters. Growing up in the southwest, though, I asked him to oblige my regional ignorance and spell out the difference between fighters who rep Philadelphia and those who hail from other northeastern area fighting hubs like Boston and New York City.

“I think we just have a little bit more swag,” Brady said. “We have a lot of good fighters coming out of Philly right now.”

While it’s safe to assume fighters from those other cities might have qualms about that claim, it’s probably a point best left moot. Brady is right about a growing flock of Philly fighters, though. Chris and Kyle Daukaus have splashed on the scene in the last couple of months and, of course, there’s Paul Felder.

Brady respectfully feels like he is better than Aguilera everywhere, and he feels like his overall strength is something that gives him a bit of an edge in the Octagon. It’s a trait he noticed when he was making major gains in the weight room during high school – a pretty ideal time to realize it – and said if he wasn’t fighting, he probably would do something in the powerlifting world.

But Brady is a fighter, and an undefeated one who feels primed for a breakout performance. He said he feels excited to fight in an empty UFC Apex, and if all goes his way, he wants a big name next.

“I feel like now, I’m in a position where I’m super comfortable,” Brady said. “I’m going to finish this guy.”