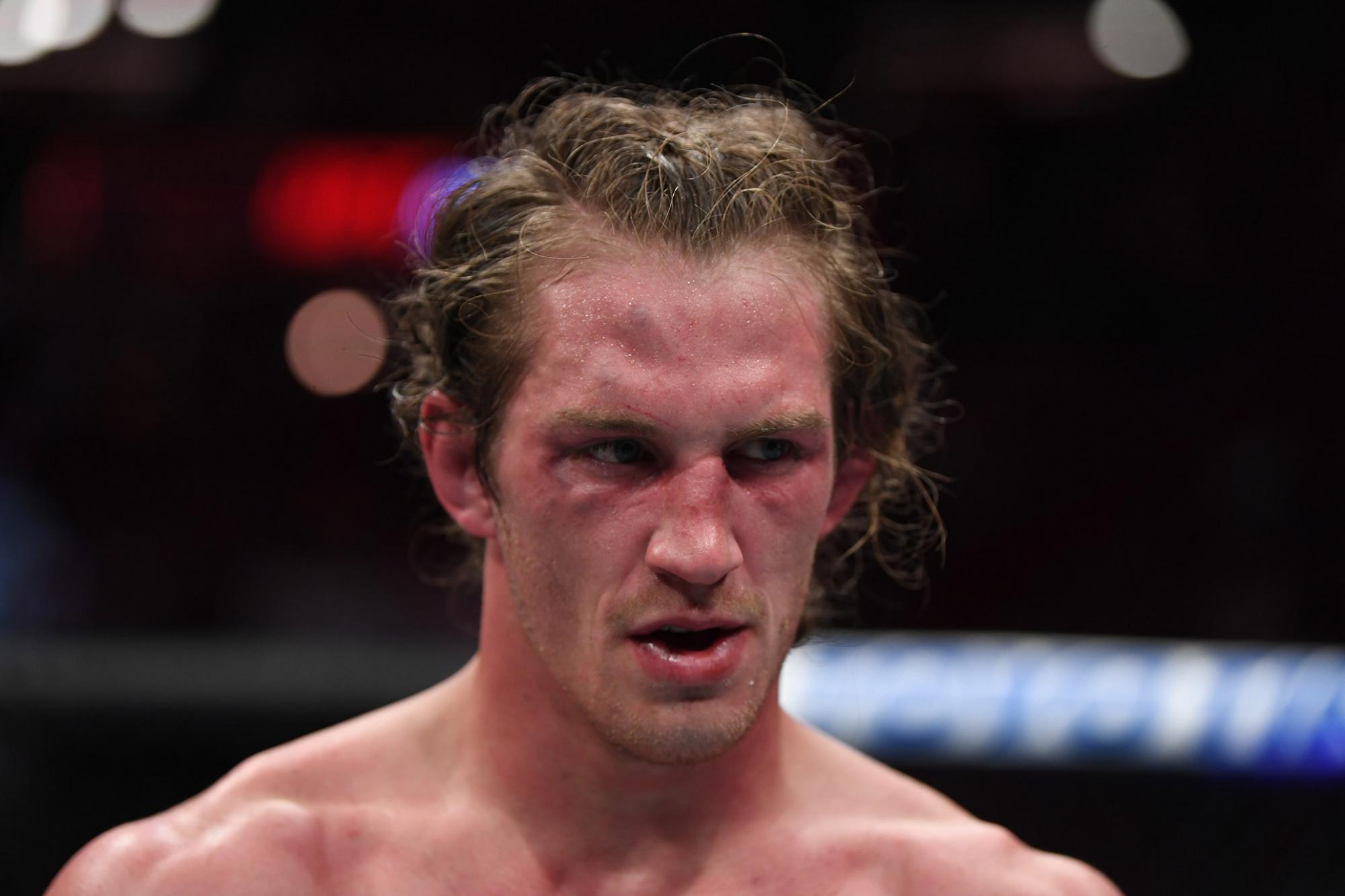 "After five months of training at Factory X...I’m ready to take on anybody in the division.”
By Thomas Gerbasi, on Twitter: @TGerbasi • Oct. 10, 2019

Thomas Gifford laughs, knowing that pointing a finger at the “Veteran voice of the Octagon” won’t take away his first UFC loss to Roosevelt Roberts.

“We can do that, but it’s really all on me,” said “The Young Lion,” a 26-fight veteran of the sport who thought he had it all together before he squared off with Roberts in April.

Then the Buff turned in his direction. 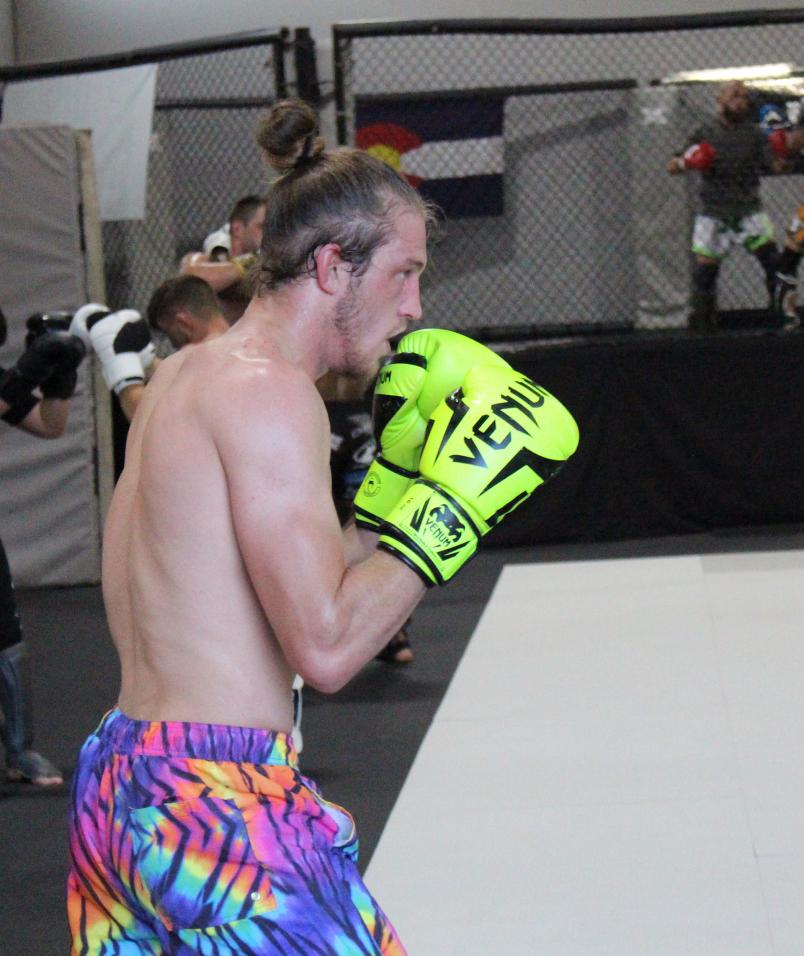 “I let the emotions overwhelm me,” admits Gifford. “When Bruce Buffer was announcing my name, I was in awe of the man. My head was not in fight mode anymore. The walk out was great, I was in fight mode, but when I stepped in the cage, it was like my mind went elsewhere and it was not on the fight anymore.”

It’s a tale as old as the UFC itself, the reality that no matter who you are, being in the Octagon for the first time can wreak havoc on any prizefighter’s plans. Gifford, who, in addition to his MMA career, fought six times as a pro boxer, a stint that included a 2014 bout on the Floyd Mayweather-Marcos Maidana card, expected it to be business as usual for his first UFC bout. The Arkansas native even went to the UFC Nashville card in March to get acclimated to the big show, and all was well.

“I thought I was prepared,” he said. “I went to UFC Nashville before this fight and I was like, ‘Yeah, I know what the lights are gonna be like, I know what it’s gonna feel like. I’m here, I know what the scenery’s gonna look like.’ But I didn’t account for the feelings and the emotions that were gonna come with it.”

And when the fight started, Gifford seemingly forgot what got him to the dance.

“My mind was totally on everything that I’ve accomplished and ‘Oh, I’m finally here,’ but then that messed up my game plan when I went in there because I went in there and I did exactly what I did,” he recalls. “In the old days on the regional scene, you can’t get taken down and lay on your butt for all three rounds against guys on his (Roberts’) level. There was no way I was submitting him from my back. I had to get up, use a little bit of technique, I had to punch him, but I didn’t get to punch him. In all my fights before this, I hit people with my jab, I make sure I’m the longer guy and I make sure I’m the one messing them up and I’m the one making them shoot sloppy. But I was sitting there and I was like, ‘Okay, he took me down so I’m gonna tap him out.’ And then the second round came. ‘Oh, I got a guillotine, I’m gonna tap him out.’ No. Third round comes, ‘Man, you’re losing this fight, you better do something different.’ So I went out there and I took him down. That’s not what I do. I should have went out there, put my hands together and I should have done my thing.”

Gifford didn’t embarrass himself on fight night in Sunrise, Florida, but he did lose a clear-cut unanimous decision to Roberts, sending the 27-year-old back to the woodshed – or in his case, the Factory X facility in Colorado, where he and coach Marc Montoya didn’t talk about taking a fight right away. There was work to be done first.

“I didn’t even care about fighting,” said Gifford. “I knew after that fight, I felt like I wasn’t on the level that I’m supposed to be, because there’s definitely levels to this stuff. I did good on the regional scene, but I wasn’t ready for a big UFC fight like I thought I was and I learned that the hard way. But after five months of training at Factory X with Marc Montoya, I feel like I’m on that level and now I’m ready to take on anybody in the division.”

The main takeaway from Gifford wasn’t anything technical. It was all about the mental game.

“The first week when I came back we worked on staying focused and not getting tunnel vision when you get in the cage,” he said. “I wasn’t looking at anything around me, I was just dead set on my opponent. But when you get that tunnel vision it messes up everything because you’ve got to be aware of your surroundings. It makes you a better fighter to be like that.” 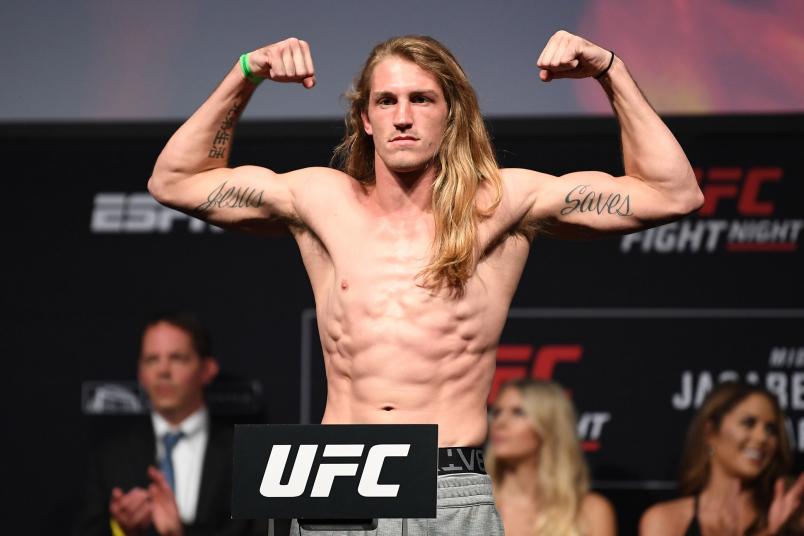 Having plenty of killers in the gym at Factory X didn’t hurt Gifford’s continued evolution either, because if you’re moping and feeling bad about the last fight, there are enough UFC-level fighters ready to snap you out of that mode quick.

“When I walk in the gym and I see Court McGee, Ian Heinisch, Maurice Greene and Zak Cummings, they’re all at the top,” Gifford said. “Those dudes are monsters. And yeah, they’re all bigger than me, but if I can hang with them, 155 should be nothing.”

This Saturday, Gifford makes his second UFC appearance against Mike Davis, who stepped in on short notice to replace Brok Weaver. A late replacement isn’t the ideal situation for anyone involved, but Gifford believes that no matter who he faces in Tampa, they’re not going to be ready for him.

“People have looked at all my old fights,” he said. “They’re not taking into consideration I have been at one of the best gyms in the world for the last five months, consistently working, getting at least 15 to 18 hours of constant training a week, and my Fight IQ has gone up twice as much since I went to Factory X. They don’t believe that I’ve changed anything. They’ve seen the old fighter that I used to be.”