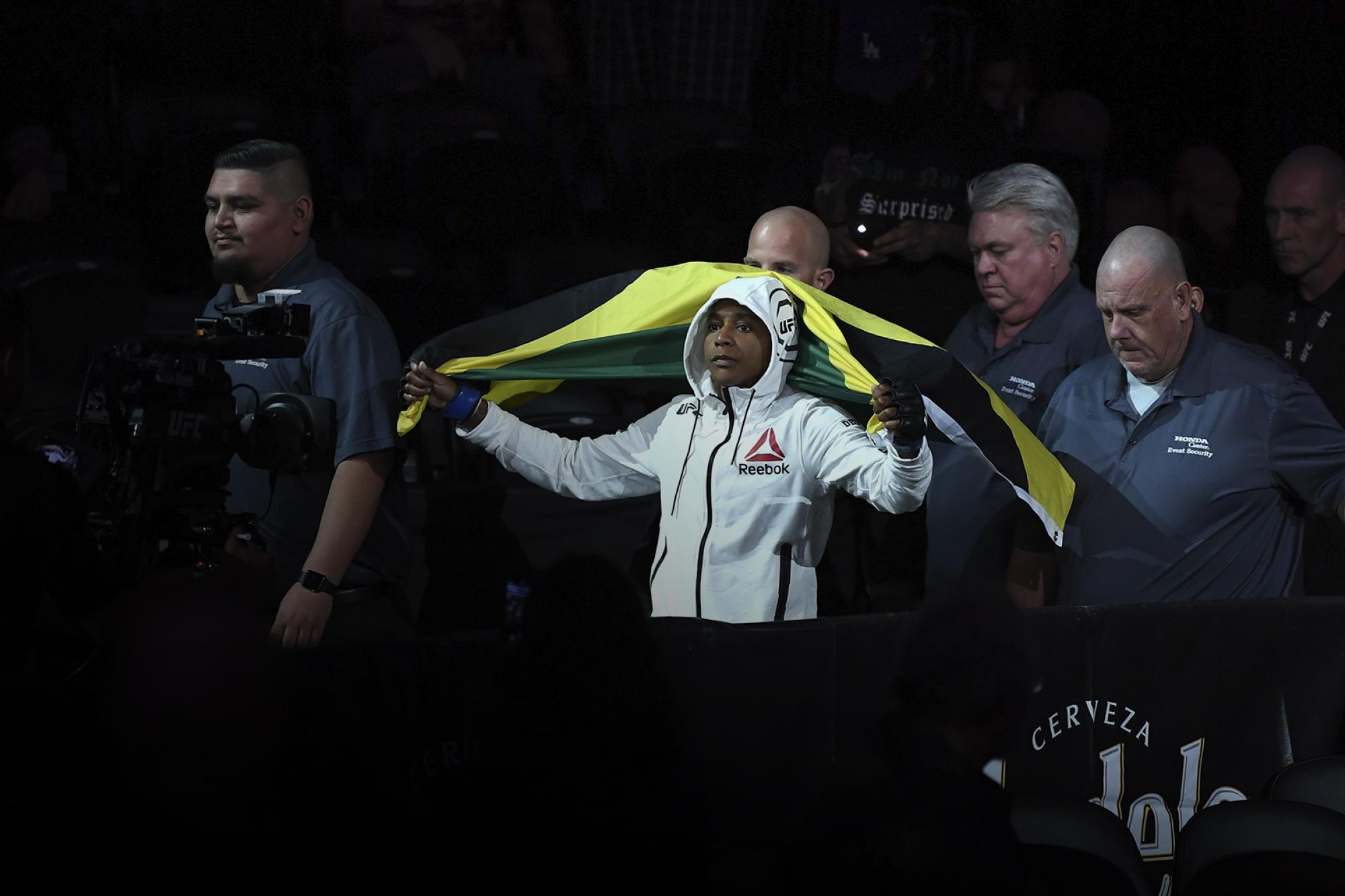 Shana Dobson is ready to prove that she has what it takes to compete with the best flyweights in the world.
By Gavin Porter, On Twitter @PorterUFCNews • Aug. 20, 2020

After coming out on the losing side of her last three bouts, Dobson knows that her matchup with talented prospect Mariya Agapova is a chance to prove that she belongs with the best flyweights in the world.

Dobson, who is currently pursuing her master’s degree in Family Studies and hopes to be a counselor outside of the Octagon, isn’t feeling the pressure heading into her fight with Agapova. As a matter of fact, the Elevation Fight Team product is feeling more prepared than ever to throw down.

“I have a different mindset than most people. I look forward, I look to the future and I look at the present right now,” Dobson told the media at UFC’s virtual media day on Wednesday. “I’m with a great team, I’m with Elevation Fight Team and I’m with a great set of coaches so I just feel confident. I’m not even thinking about it [the pressure]. I don’t think that’s even going to be an issue come Saturday night.”

“Danger” made her way onto the UFC radar by competing on season 26 of The Ultimate Fighter, getting a TKO finish on the show’s finale. The fight displayed Dobson’s striking abilities and the trademark power that helped earn her a spot on the show.

Since that TUF finale, it’s been tough sledding for Dobson, but she believes training during a pandemic and focusing on her skill set has her in the best position to succeed yet.

“I gotta give credit to the training that I’ve put in and where I’ve been for the last six months. I feel like my team’s results have spoken for themselves and the people that I surround myself with,” Dobson said of fellow Elevation Fight Team members Alistair Overeem, Drew Dober, Curtis Blaydes, Cory Sandhagen, Justin Gaethje and a handful of other UFC contenders. “The level of competition that I’m training with, my training partners. You know it’s stacked in there. Every Tuesday, every Friday we’re in there getting it and we’re pushing each other. When we’re sparring we’re sparring hard. There’s nothing I haven’t seen. I feel fully prepared.”

And Dobson is totally right; being surrounded by that many killers has helped sharpen her mindset and she’s ready to unleash all that frustration on Agapova. 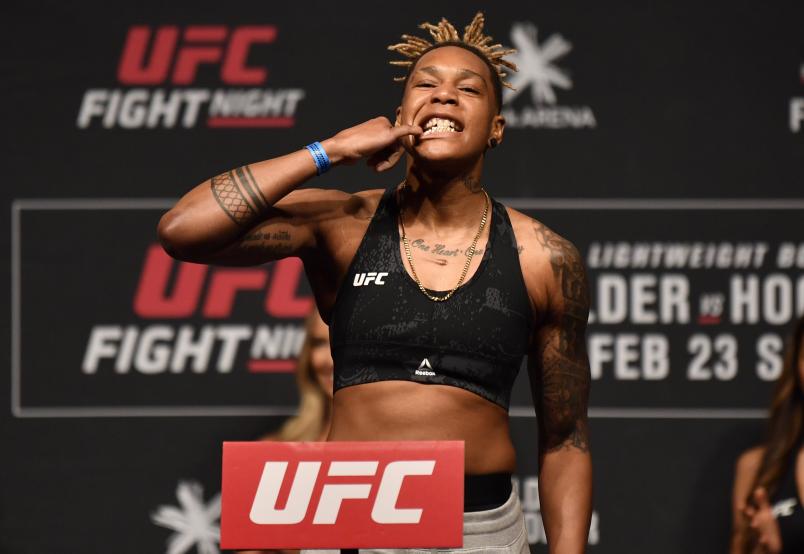 Shana Dobson poses on the scale during the UFC weigh-in at Spark Arena on February 22, 2020 in Auckland, New Zealand. (Photo by Jeff Bottari/Zuffa LLC via Getty Images)

Agapova burst onto the scene just a few months ago when she earned a first-round finish in an impressive debut against Hannah Cifers. The striker from Kazakhstan brings an intensity that grabbed the attention of many fans and experts. Dobson believes it’s the perfect opportunity to take over Agapova’s hype and channel it into her new UFC chapter.

“Whatever happens, happens but I know we’re going to be victorious.”