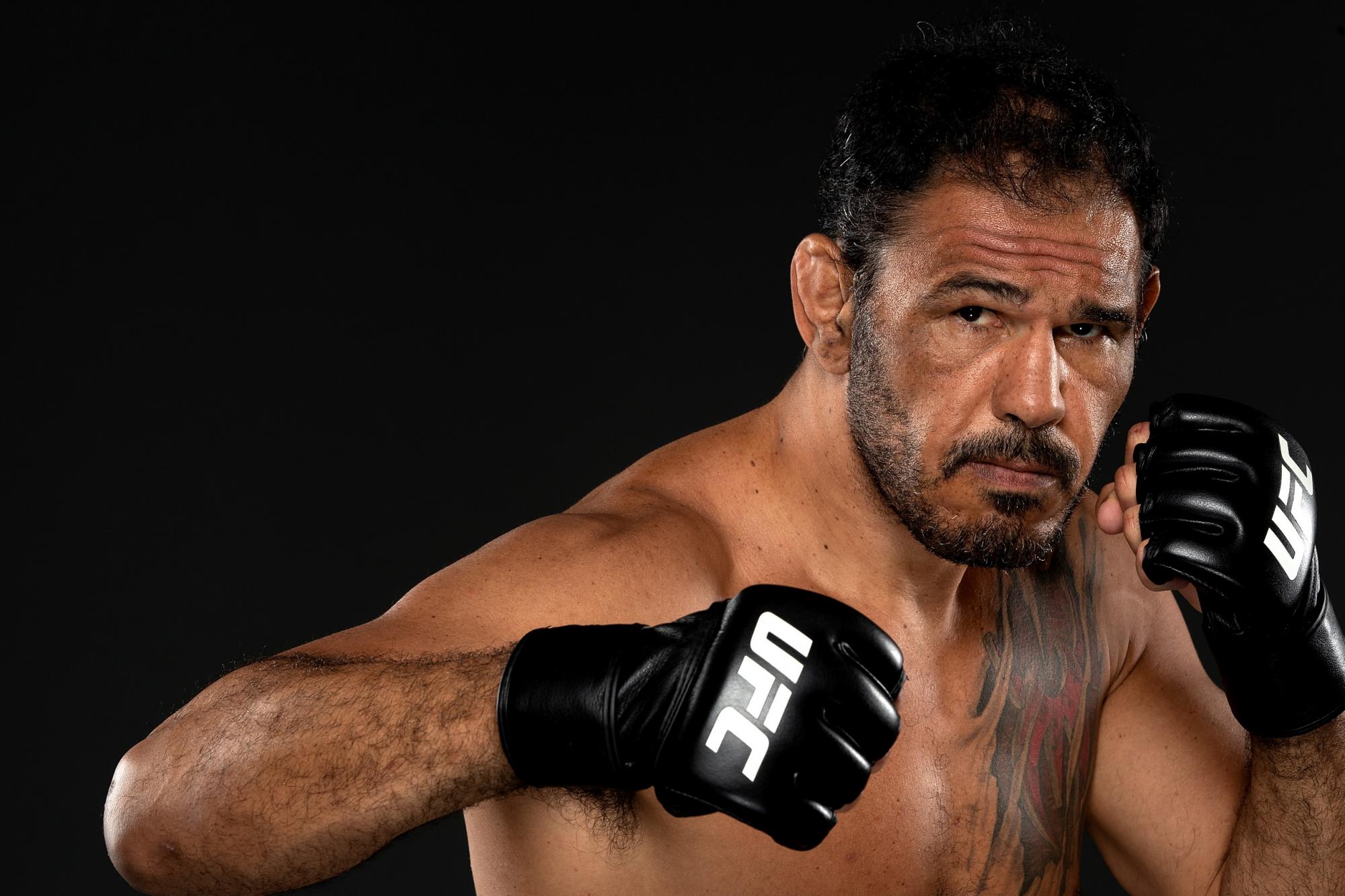 Nogueira Hopeful To Make Another Statement

“I was out for two years, lost my position in the division and fell out of the rankings. That performance was a statement that I’m here and I’m still fighting to be one of the best in the division.”
By E. Spencer Kyte • May. 9, 2019

Although the end of his career is definitely on the horizon, Antonio Rogerio Nogueira has no intentions of hanging up the gloves and riding off into the sunset just quite yet.

“No, there is not,” he answered via translator when asked if this weekend’s matchup at UFC 237 with Ryan Spann in Rio de Janeiro could mark the last time he made the trek to the Octagon. “My expectation is to fight one more year — until the end of next year.”

Now 42 years old and with a career that tracks back to 2001 and includes matchups against a laundry list of mixed martial arts luminaries like Kazushi Sakuraba, Dan Henderson and Mauricio “Shogun” Rua, it makes sense for Nogueira to have an exit strategy in place and a timeline for when he will call it quits and join his twin brother, former PRIDE and UFC champion Antonio Rodrigo Nogueira, in retirement. But his performance last September in Sao Paulo against Sam Alvey showed that there was still some fight left in the elder statesman of the light heavyweight division.

Returning from a two-year hiatus brought on by myriad injuries, Nogueira was a little rusty to start the fight and ended the first round eating a couple solid left hands from the American power hitter. But 30 seconds into the middle stanza, Nogueira put a left hand on Alvey’s chin that backed him into the fence before a follow-up right prompted him to retreat to the other side of the cage, hopeful to find a momentary respite from the onslaught to clear his head. 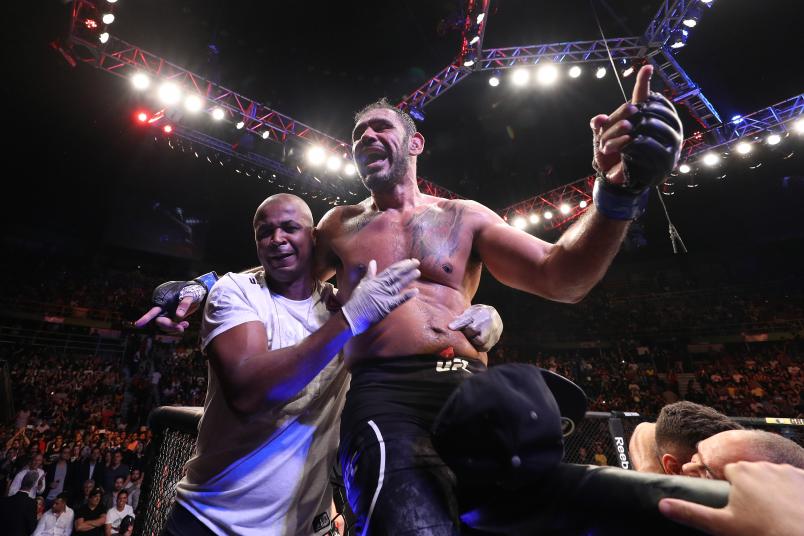 Instead, he was chased down by Nogueira, who connected with another clean left that put Alvey on shaky legs before a final clubbing blow to the side of the head sent “Smile’N Sam” to the canvas, prompting referee Marc Goddard to step in and stop the fight.

“I believe this win represented getting back to my place in the UFC,” Nogueira said of his triumph over Alvey in September. “I was out for two years, lost my position in the division and fell out of the rankings. That performance was a statement that I’m here and I’m still fighting to be one of the best in the division.”

This weekend, for just the second time since 2011, Nogueira will return to action on a relatively normal turnaround, fighting for the second time in eight months when he welcomes the Fortis MMA product and Contender Series alum Spann to Rio.

The two combatants sit at opposite ends of the experience spectrum in the UFC, with Nogueira having made 11 appearances inside the Octagon and logged 31 fights over his stellar 18-year career, while Beaumont, Texas native Spann is making his second appearance under the UFC banner, having graduated to the biggest stage in the sport with a rapid guillotine choke finish of Emiliano Sordi last summer on Season Two of the Contender Series.

While the matchup illustrates the potential the promotion sees in the Texas-based newcomer, it’s one that caught Nogueira a little off guard, but that he welcomes nonetheless. 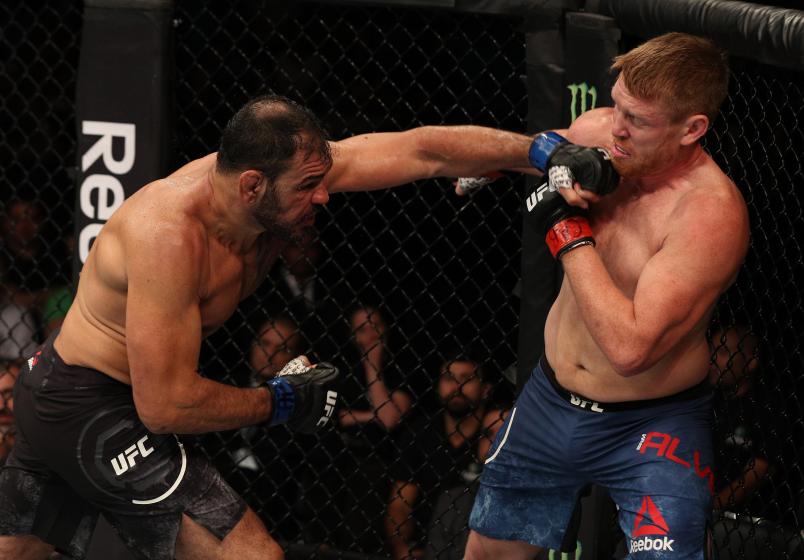 “I was a bit surprised,” he admitted. “I was expecting to face a more experienced guy, someone with a longer UFC career, but we don’t decline fights, and challenges like this make us better.

“He’s big and has strong strikes,” Nogueira said of Spann, who made his promotional debut on that same September fight card in Sao Paulo, picking up a unanimous decision win over Luis Henrique five fights prior to Nogueira stepping into the cage and knocking the smile off of Alvey’s face. “He likes to maintain distance and has a good guillotine choke; he’s submitted a lot of guys with it.”

Although the pairing with Spann caught Nogueira off guard, the opportunity to compete on this card was too special to pass up.

While fighting in his home country is nothing new for the veteran light heavyweight, Saturday’s event marks the first time that he’s been able to compete on the same event as his close friend, former middleweight champion Anderson Silva. With only a few more fights left in his career, getting to share the stage with “The Spider” and some of the other decorated Brazilian veterans set to compete this weekend is something very meaningful to the mild-mannered veteran.

“It means a lot,” he said of fighting alongside Silva, who squares off with emerging threat Jared Cannonier in the co-main event of the evening. “Anderson is not just a friend, but he’s also a legend, a superstar, and I have huge admiration for (Jose) Aldo as well.

“Being on the same card is a dream come true,” he added. “We fought abroad representing Brazil so many times and now, having a card of this level here, at home, is incredible.”

And he plans on making it a memorable night inside the Octagon as well.

“I will knock him out,” he said when asked how he sees things playing out with Spann on Saturday. “That is what I’m looking for and that is what I expect.”