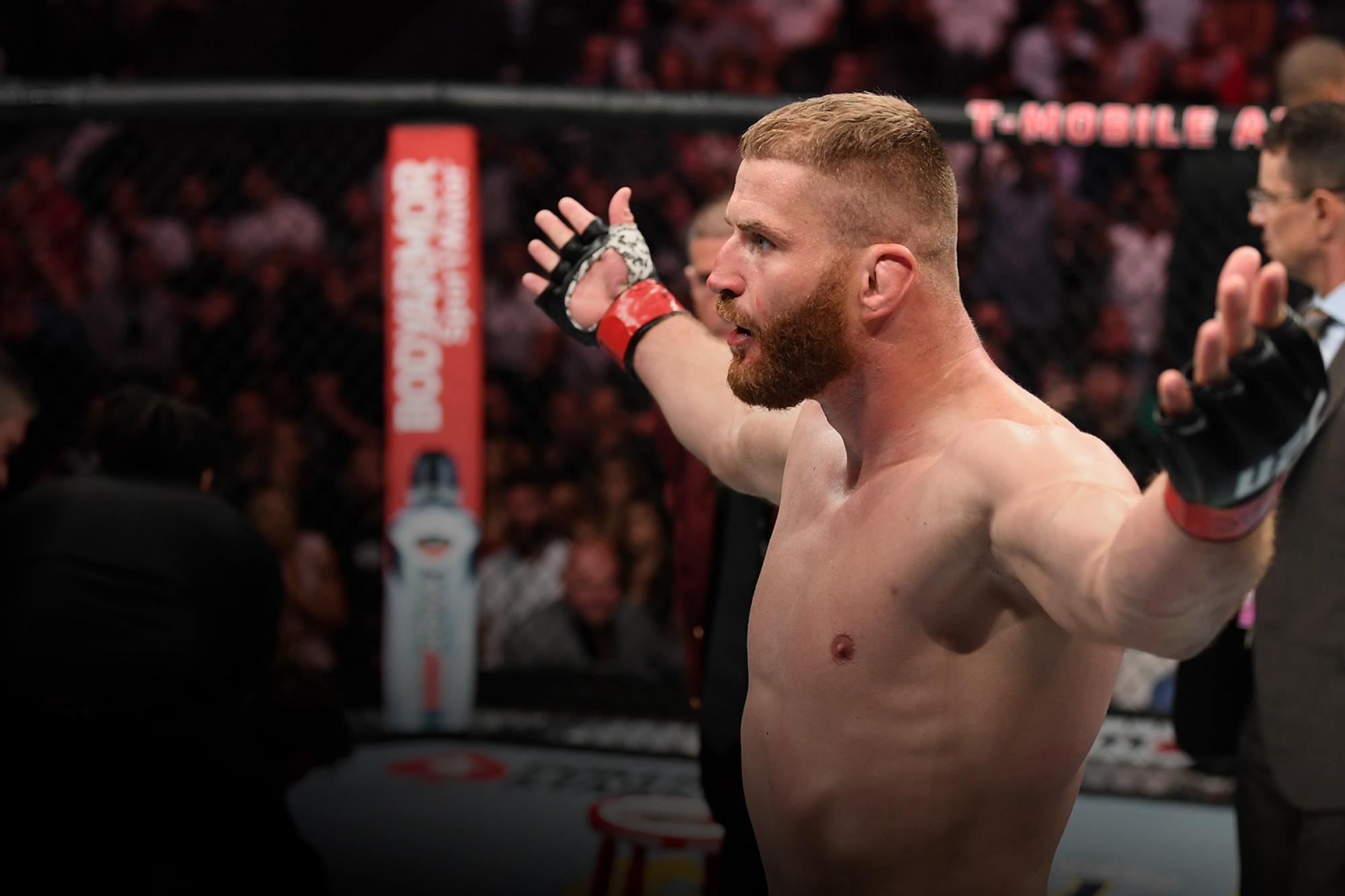 Welcoming yet another former middleweight to 205 pounds, Jan Blachowicz hopes this is the doorway to a title shot.
By Thomas Gerbasi, on Twitter: @TGerbasi • Nov. 14, 2019

Jan Blachowicz is like a lot of competitors in the UFC, quick to point out that when it comes to his day job, “I believe that I’m born to fight.”

Having said that, there isn’t a need from the Cieszyn native to talk trash or add drama to his day job. As Mike Tyson once said, “We’re still gonna fight anyway,” so why bring your opponent down in the days leading up to a bout?

Luke Rockhold apparently didn’t get the memo in the lead-up to his showdown with Blachowicz in July, and his subtle (and not so subtle) fight-week jabs were stored in the back of the Polish product’s head leading up to the night of the UFC 239 card in Las Vegas.

Then the fight happened. And it was Blachowicz leaving Las Vegas with a Performance of the Night knockout of the former middleweight champion that left fans in attendance stunned. But not Blachowicz. He was smiling on the inside and outside.

Watch Jan Blachowicz Fight in the main event on ESPN+

“It was a really great feeling to knock him out. It’s always a great feeling when you knock out someone, but that win tasted better because he said really bad things about me and he didn’t respect me,” said Blachowicz. “I don’t think he respects anyone and that’s why the win tasted better. I don’t think anybody believed that I could beat him and everybody was wrong. I’m gonna remember this fight all my life.”

It was certainly one for the Blachowicz memory books, and while he’s scored big UFC wins over the likes of Ilir Latifi, Jared Cannonier, Jimi Manuwa and Nikita Krylov, this one put him on the map as not just a solid light heavyweight contender, but a potential title threat.

But there’s no rest at this level, no chance to sit on a win, so the No. 6-ranked contender is back at it against another top middleweight testing the waters at 205 pounds: Ronaldo “Jacare” Souza. And Blachowicz is as confident as he’s ever been that he’s ready for this challenge on Saturday in Sao Paulo.

“Now I believe that I can beat everybody in the UFC,” he said. “I stepped to another level and I will prove it in my next fight.”

Light heavyweight contender Jan Blachowicz looks back on his climb up the ladder in the UFC, which featured a couple of losses that put his career in question. A move back to where he started ended up being just what he needed in order to go on a run toward the top of the 205-pound division.

That level was where Blachowicz was expected to be as soon as he made his UFC debut in 2014. With a 17-3 record and wins over UFC vets Sokoudjou, Mario Miranda and Houston Alexander, Blachowicz made an immediate impression with his sub-2:00 finish of Latifi, and it was assumed that the train would keep rolling to the top of the division.

But there were detours, mainly a 1-4 stretch in 2015-17 that stopped any momentum he had. Yet beginning with an October 2017 submission of Devin Clark, Blachowicz found his way again, reminding the world and himself that in the UFC, there are no easy fights, and it’s those who can win those fights consistently are the ones that eventually wear championship gold.

The Brazilian groundfighting wizard has been among the best middleweights in the world for several years, but making 185 pounds proved to be too much of a chore to continue, so now he will attempt to break into the light heavyweight top ten in this home game in Brazil. Blachowicz isn’t about to let that happen.

“I think he will try to take me down and finish me on the ground, but I will be ready for that,” said Blachowicz. “I’ll try to push my style on him and keep the fight on my feet, use my boxing skills on him, and I think I’ll find a way to knock him out.”

Easier said than done, but Blachowicz has the tools to get it done, along with a black belt in jiu-jitsu that could help him defend should the fight hit the mat. As for the reality of fighting in front of a Brazilian crowd screaming for his head, Blachowicz laughs.

“It’s going to be a nice adventure for me because we’re fighting in Brazil, so the crowd’s gonna be on his side. But that’s why I do my mental training. I won’t focus on what the crowd will be screaming. They’re going to support him, and I only want to be focused on Jacare and about how to finish the fight.”

And if he gets his wish, his next step is clear.

“I hope after the fight my next fight will be for the title.”