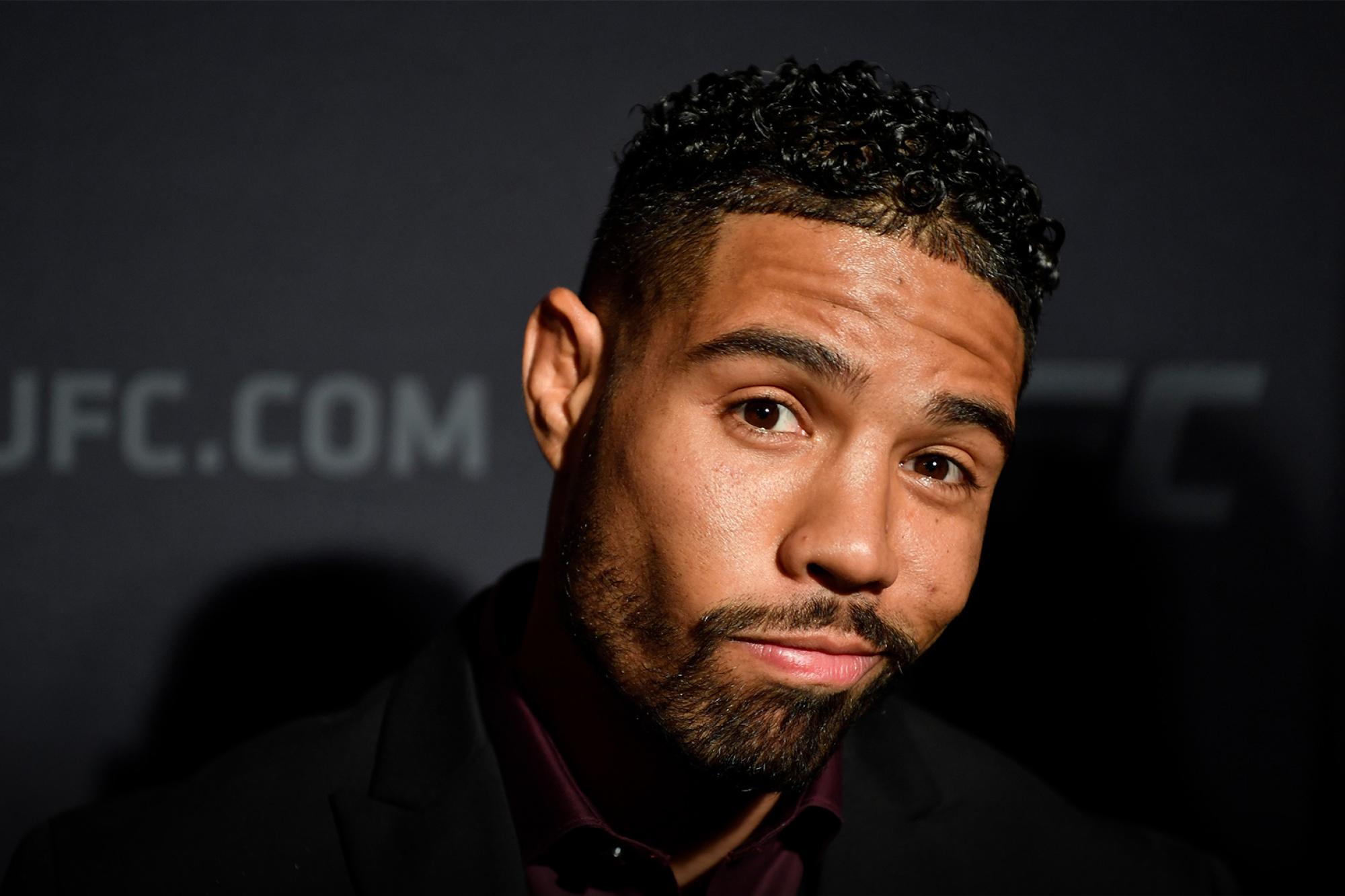 The Game Has Slowed Down For Max Griffin

“They say when you play in the NBA or the NFL that everything is in fast forward when you get onto the field compared to college and the UFC used to be on fast-forward for me.”
By E. Spencer Kyte • Apr. 8, 2019

At some point in our lives, most everyone has watched a sporting event and thought to themselves, “I can do that.”

For most, those delusions fade when puberty fails to carry us past five-foot-nothing, dashing our dreams of running point for the Knicks like the next Earl Monroe or when the first high school fastball sails by us in the batter’s box, making it painfully obvious that the only way we’re ever going to end up playing second base for the Dodgers is when we create ourselves on the latest installment of MLB The Show twenty-odd years later.

But even for that select group who are able to parlay youthful dreams into adolescent success and manage to excel to the point where they are able to turn their athletic prowess into a career pursuit, there often comes a point where life rises up to remind you of what Frankie Edgar declared after dispatching Yair Rodriguez in dominant fashion at UFC 211 in Dallas:

“There are levels to this game.” 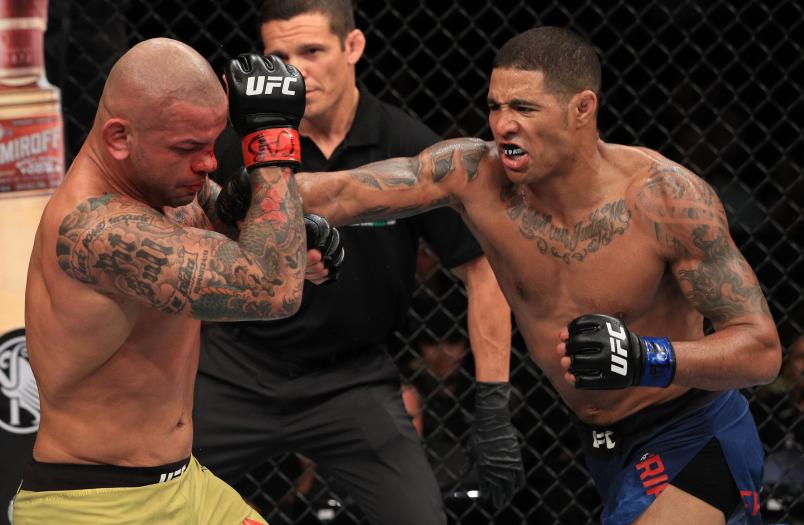 After collecting 12 wins in 14 starts on the California regional circuit, punctuated by a first-round knockout win over UFC veteran David Mitchell, the Sacramento native got the call to the Octagon. Like every confident and ambitious newcomer, Griffin believed graduating to the highest level in the sport wouldn’t change anything; that he would simply continue putting away opponents and posting victories until he racked up enough wins to challenge for championship gold.

“It’s so different. It’s so different and I didn’t know that,” he says with a laugh, recalling the way he envisioned things playing out and the reality he encountered upon arrival. “It’s beyond different.

“They say when you play in the NBA or the NFL that everything is in fast forward when you get onto the field compared to college and the UFC used to be on fast-forward for me.”

Griffin has spent his last six fights competing in the UFC welterweight division, historically one of the deepest and most competitive weight classes in the sport. He lost his UFC debut to current No. 1 contender Colby Covington and has gone 2-3 since, most recently landing on the wrong side of a questionable split decision verdict against Thiago Alves in the longtime contender’s hometown of Fortaleza, Brazil that dropped the MMA Gold Fight Team member to 2-4 under the UFC banner.

“I could easily be 5-1,” says Griffin, who bookended a dominant victory over Mike Perry with close decision losses to rising star Elizeu Zaleski dos Santos and fellow UFC 236 competitor Curtis Millender and heads into this weekend’s showdown with newcomer Zelim Imadaev on a two-fight skid.

While there is a tendency to roll your eyes when a fighter offers up such a comment because the difference between their actual record and what they could be had things gone another way usually hinges on things like “not getting knocked out” or “not being thoroughly outclassed,” Griffin’s statement doesn’t land that way.

He’s not saying it as a means of pumping himself up or trying to revise his record on the fly with a series of “Shoulda, Woulda, Coulda” provisions; it’s just a statement of fact and an acknowledgement that sometimes, records don’t paint a completely accurate portrait of a mixed martial artist’s skills, abilities and efforts inside the cage.

He’s the first to admit he made mistakes against Zaleski dos Santos and Millender that cost him, but also correctly points out the many positives moment he had against the surging Brazilian and talented 31-year-old Millender, who had his nine-fight winning streak snapped by Zaleski dos Santos just over a month ago in Wichita, Kansas.

It’s an honest assessment of what he’s done and what he expects of himself from here on out, now that he’s acclimatized to life in the UFC and the action is no longer moving like someone pressed fast forward on his fights.

“Everything was over so fast, but now, I’m in there and everything has slowed down,” admits Griffin. “I’m calm. I’m zoned in and it took a couple years to get to that level of comfort. Now I’m in there, seeing what is going on, breathing right, in the zone, but it takes time to get there, because these guys are so high level.

“Everyone’s like, ‘Oh, I could beat that guy,’ but I don’t know, man,” he adds. “They’re a lot better than you think and everyone is like that and I’m really looking forward to showing this guy what is going on.”

While Imadaev will be making his first foray into the UFC cage this weekend in Atlanta when he steps in against Griffin, it won’t be the first time the two have stood across from one another.

“I ran into him a couple times at Xtreme Couture on a Wednesday, where you spar with little gloves, touch sparring,” explains Griffin. “Everybody was like, ‘Don’t spar with that guy over there; be careful’ and when I get over there, he’s trying to knock everybody out. He’s throwing flying knees, spinning stuff full power, elbows and it’s like, ‘Hold on, bro!’”

The 33-year-old veteran says that the unbeaten newcomer toned it down after he popped Imadaev with a couple stiff punches, but the interaction didn’t sit well with Griffin and has provided a little additional fuel to his fire as he seeks to snap his two-fight skid on Saturday night at State Farm Arena.

“He’s a bully and I don’t like those kinds of guys.”

And after three years of adjusting to what it’s actually like to compete against the best in the world on the biggest stage in the sport, Griffin is eager to pass that lesson along to Imadaev this weekend in Atlanta.

“He’s really good, but he hasn’t fought anyone,” Griffin offers in regards to his unbeaten opponent. “This guy I’m fighting is good — don’t get me wrong — but it’s my turn, man. I’m going to show him what the UFC is like and he’s not going to like it.

“It’s a lot different and I’m going to prove it to this guy.”