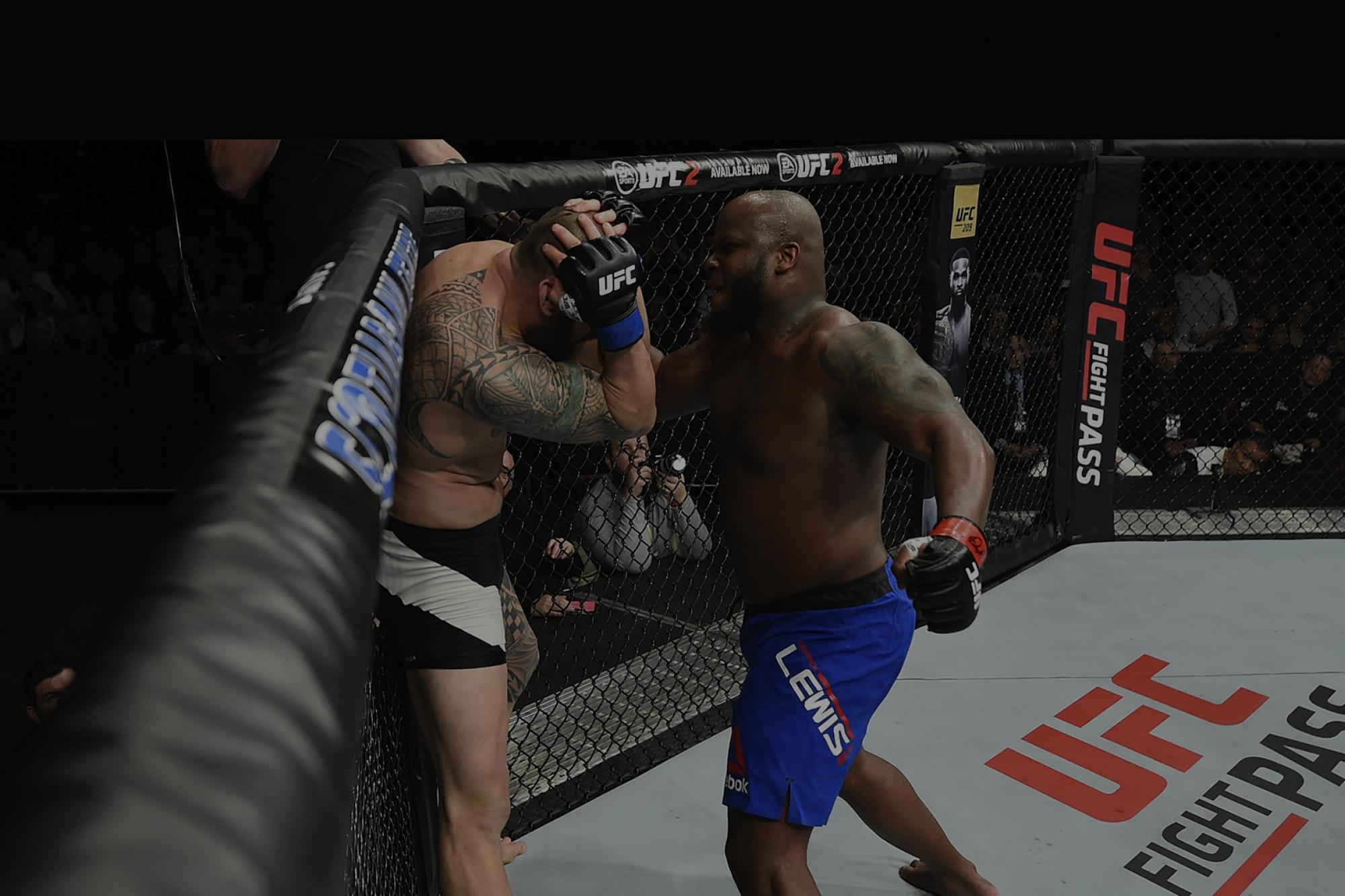 Fights To Watch Before UFC Wichita

Look Back At Eight Stand-Out Fights From The Stars Of UFC Wichita
By Gavin Porter • Mar. 8, 2019

The Octagon has landed in Kansas! And along with it came some of the best heavyweight fighters in the world. Derrick Lewis and Junior Dos Santos are set to scrap in the main event of UFC Wichita, in a fight that fans believe will produce fireworks.

Lewis is looking to bounce back after coming up short against UFC heavyweight champion Daniel Cormier at UFC 230. And whether it’s his incredible knockout power, his social media presence or his Octagon interviews, Lewis is just a fun fighter to watch.

Across the Octagon from “The Black Beast” will be Dos Santos. The former champ has returned to the UFC with a vengeance, taking out fellow UFC Wichita fighter Blagoy Ivanov and the previously undefeated Tai Tuivasa.

Get ready for UFC Wichita by watching the past performances of some of the cards biggest stars and prospects. Watch the collection here: https://www.ufc.tv/category/ufc-wichita-fights-to-watch 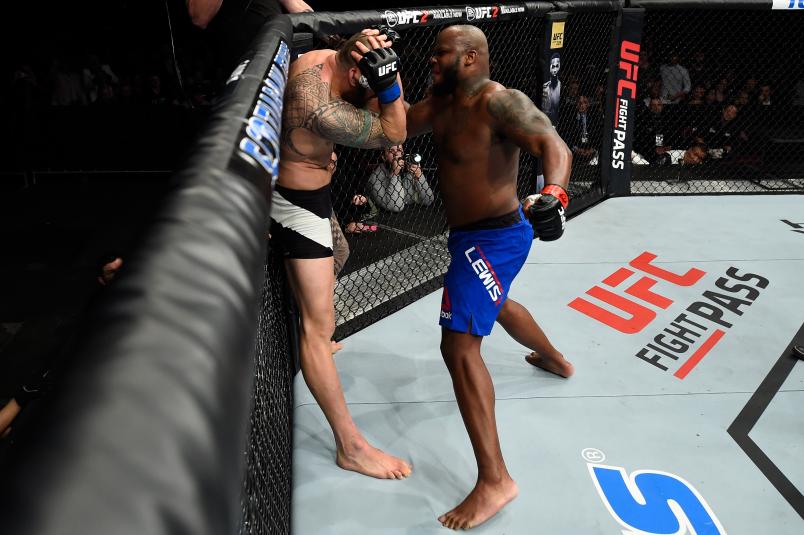 It’s hard to have a better year than the year that Derrick Lewis had in 2016. Four fights, four wins. His award was a main event showdown against Travis Browne in Halifax, Canada.

Even though this fight is almost six years old, it still is a fun one to watch. Santos and Hunt met in a highly anticipated showdown that didn’t disappoint the fans in Vegas.

Elizeu “Capoeira” came into UFC Sao Paolo on a five-fight win streak, hoping to make some noise in a stacked welterweight division. His performance against UFC newcomer Luigi Vendramini did just that. 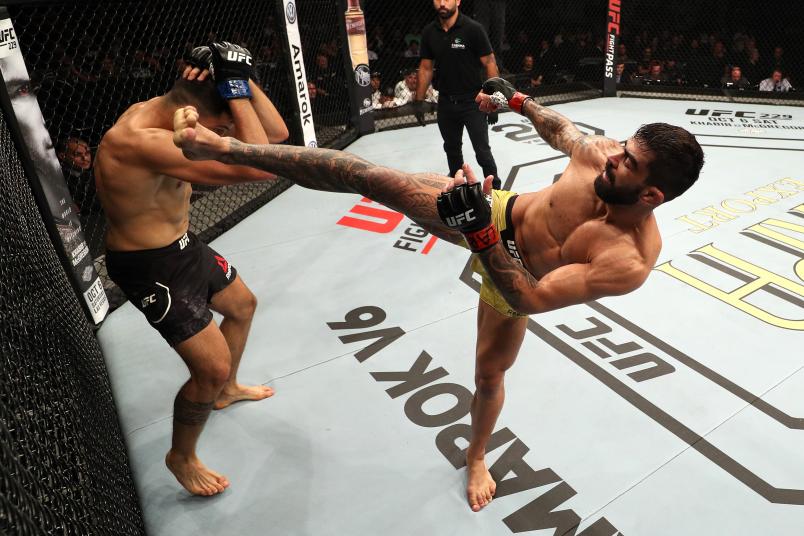 Explosive and creative. Those are two ways you could describe “Curtious” Curtis Millender’s fighting style. And in his UFC debut, against UFC veteran Thiago Alves, he proved to the world that he was ready for the big show.

At TUF 28: Heavy Hitters Finale “The Dirty Bird” made a statement. He reminded fight fans that he’s just as dangerous as he was when he made his UFC debut over seven years ago.

After an impressive submission win over George Sullivan, Niko Price took on a tough Randy Brown when the UFC touched down in Boise last summer. The result was a gritty, unique knockout that you have to see to believe. 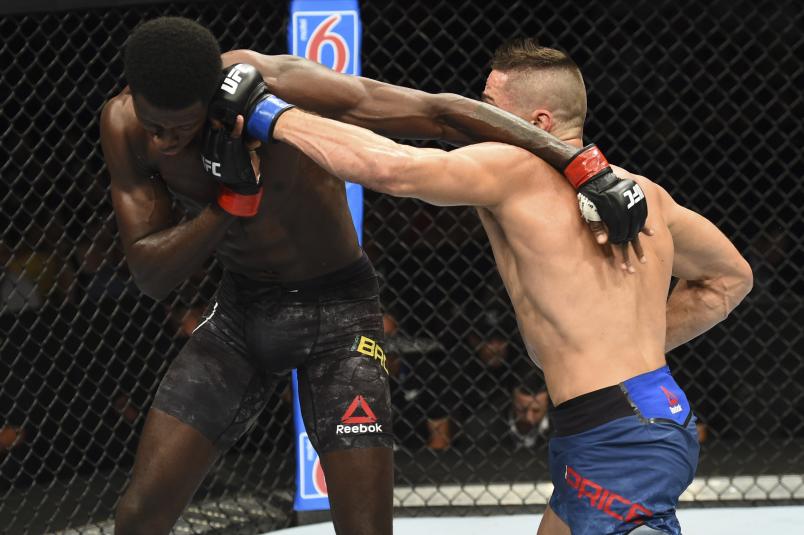 In the co-main event of UFC Newark big heavyweights collided, as Rothwell and Barnett went to war. Rothwell entered the fight on a three fight winning streak and showed the world that his style is as well-rounded as they come.

The jump up to welterweight was the right move for Martin and he proved that when he took on Australian local Jake Matthews in Adelaide.

Tune into ESPN+ on March 9th at 8pm/5pm ETPT to watch the UFC’s first ever event in Kansas.