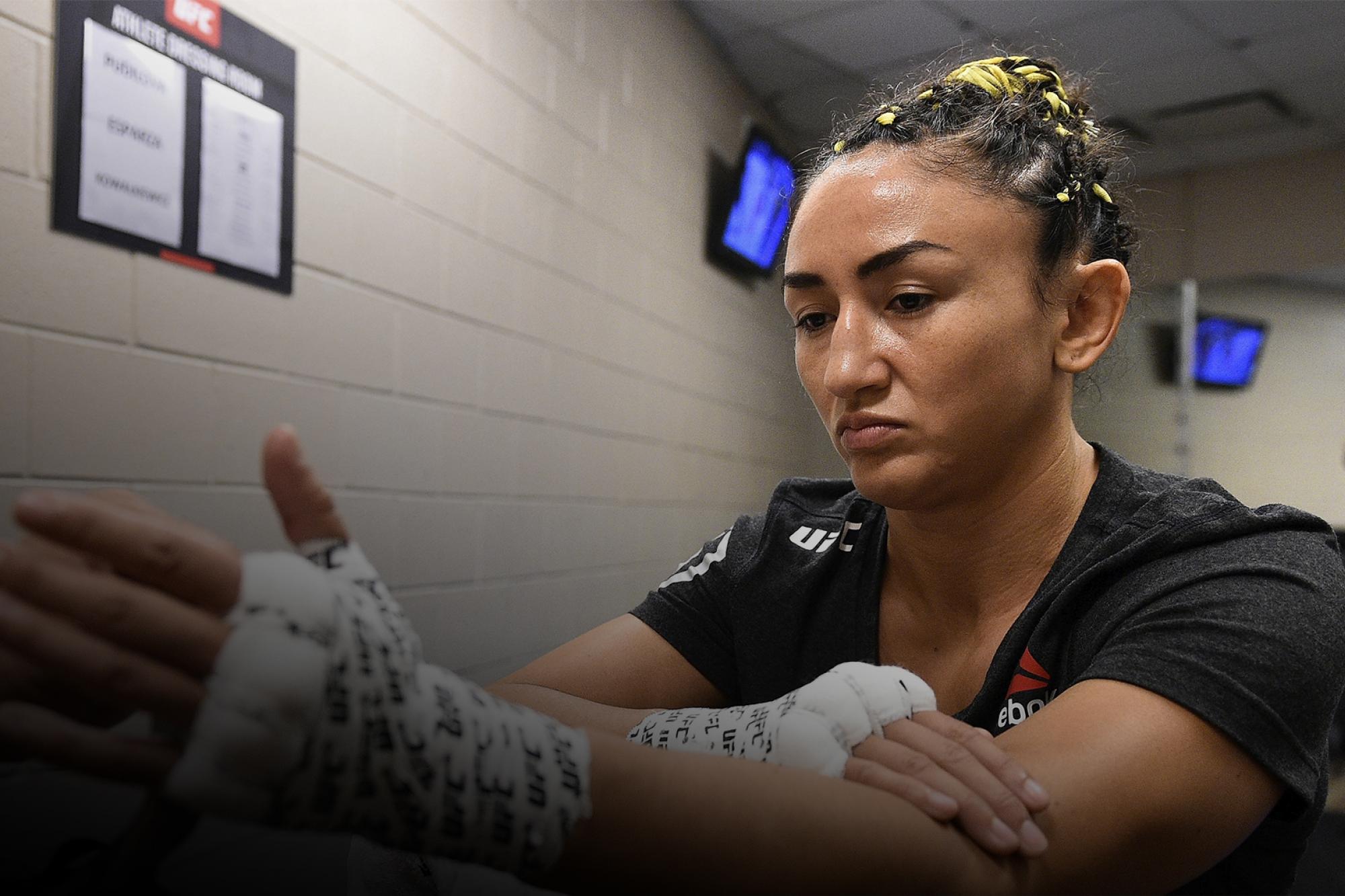 There may not be a better game face in all of mixed martial arts than the one Carla Esparza sports just before engaging in battle in the UFC’s strawweight division.

Unless you’ve seen it, it’s hard to describe, but Esparza has heard plenty of comments about it over the years.

“Oh, for sure,” she laughs. “Some people have compared me to other fighters who are very similar. I've heard a few people say it's like Fedor (Emelianeko), and I was like, 'I don't mind that comparison.'”

It’s not a new thing for the former UFC champion, either. In fact, it’s been around since her college wrestling days, something that her buddy (and fellow UFC fighter) Ashlee Evans-Smith reminds her of.

“She always jokes around about how people saw me during my first fight and they were like, 'Oh my God, she looks scared. We're worried about her,'” recalls Esparza. “And she was like, 'No, that's just Carla.' We wrestled together in college, so I think it's something I've kind of always had.”

So how would Esparza describe it?

“My face is total, complete focus,” she said. “I'm tuning everything out, and it's that tunnel vision.”

While discussing this most important of topics, it came to me that Esparza’s pre-fight game face goes hand in hand with her status in the sport today. In short, she’s like one of those horror movie characters that you just can’t kill. Just when you think they’re down for the count, they rise again. That’s the “Cookie Monster,” the fighter who refuses to get written out of the UFC script. Knock her down, she’s getting back up.

“It's just one of those things that's inside of you that you can't explain and that you can't train,” she said when offered this opinion. “People say you can't train heart - you either have it or you don't - and I think I have a drive inside me where you can knock me down and push me down but I'm gonna keep coming and I'm gonna get up and I'm not gonna stop. I'm gonna constantly be striving to get better. And if I lost in a certain way, I'll make adjustments and still strive to be the best that I can.”

As mentioned earlier, Esparza is a former world champion, the first UFC strawweight champion to be exact. That’s a place in history books no one can take away, yet the 31-year-old still keeps pushing to get back to the top and to the belt Joanna Jedrzejcyk took away from her on March 14, 2015.

Since then, there have been ups and downs, big wins and crushing losses, but as she heads into her co-main event bout against Alexa Grasso this Saturday in Mexico City, Esparza is coming off an impressive victory over Virna Jandiroba, one that snapped a two-fight losing streak and kept her in the 115-pound top ten. That’s determination.

“Honestly, I think it goes back again to that thing you can't explain,” she said when asked about her motivation these days. “It's a driving force inside of me that makes me love this and not want to stop and not stop getting better. It's so hard to even explain. I wish I could say the thrill of getting my hand raised or the money or fame, but I don't know. It's almost indescribable, the feeling of preparing for a fight and being there and getting all that out in the cage. It's a feeling that can't be explained.” 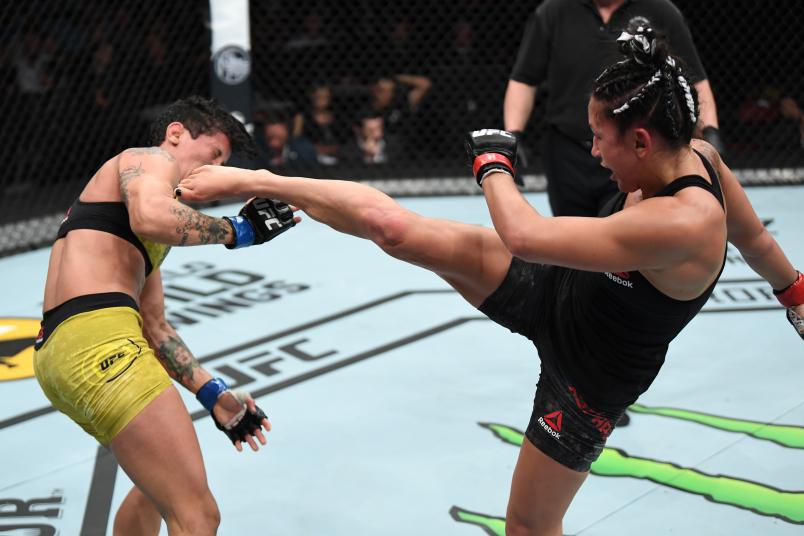 She does know she likes that feeling of winning, though, and if she can put together another victory against Grasso, it’s one step closer to a title shot. Esparza isn’t thinking about that just yet, nor is she concerned with the detractors who doubt her chances of climbing the mountain once again.

“I guess it depends on who it's from,” she said of the online critics. “Some negative things from the doubters drive me a little bit. ‘Oh, she's done, she's this, she's that.’ Okay, you'll see. But some of the trolls, they can be bothersome and it used to get to me a little bit more but I've gotten used to that block button.”

She laughs, knowing that none of those critics know her story or what it took to get here and more importantly what it takes to stay here. And on Saturday night, despite taking on the home country favorite in Grasso, Esparza has Mexican blood on her mom’s side, and she will feel right at home once the fists start flying and the crowd in Mexico City sees her fighting spirit. Then, she will be one of their own.

“Fighting in front of the Mexican crowd and Latin people, we always tend to support each other so much, especially in this fight game, and I've always felt such love from the community, so it's an honor and it feels so nice to be able to fight here,” Esparza said. “My coaches told me that fighting is such a big part of the culture out here that the crowd is on another level, so I'm so excited to be out here. It's a little scary fighting someone who's born here, but it's still gonna be a great experience.”

Will it crack that pre-fight game face into a smile? Tune-in to find out.