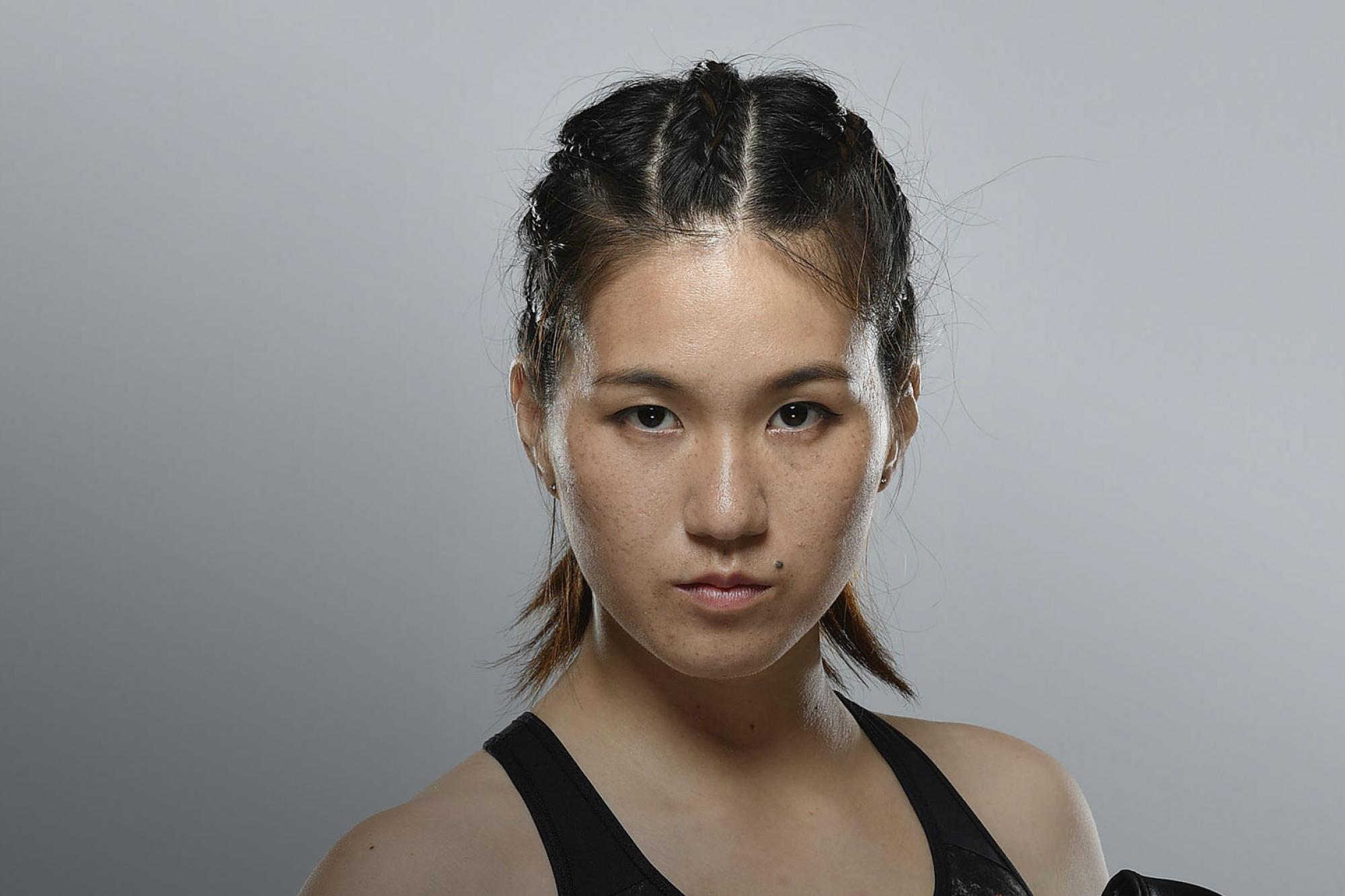 The Arrival of Mizuki

After what seemed like years of hovering just outside the UFC orbit, Mizuki seized her chance to make her promotional debut, stepping in on short notice for the injured Luana Carolina at 2019’s UFC Shenzhen.

Not only did she take the fight at flyweight, ten pounds above her natural strawweight comfort zone, but her opponent, Wu Yanan, had also missed weight. The stature difference was notable to the fans watching on television, but Mizuki fought as if she didn’t notice. After fifteen minutes of throwing hands, she held her breath as she listened to Bruce Buffer read the results.

“I fought a Chinese fighter in China, but the voices from the crowd never bothered me,” says the Japan native. “I was only thinking about beating up my opponent. I thought I won, but I also thought maybe I would lose by a split decision or something. So I was bit nervous before the judges’ scorecards were announced.”

It was indeed a split, but she didn’t lose, and her long quest to win in the UFC Octagon was finally complete.

“I always wanted to fight for UFC, so I actually felt very honored to be in the Octagon,” she explains through an interpreter. “Ever since I turned pro at age 15, my goal has been fighting in the UFC.”

That was last summer, and nobody, least of all Mizuki, expected a year to pass before her next opportunity to continue her story in the Octagon. But a global pandemic nixed her follow-up bout with Tecia Torres in March, and she did her best to stay ready while she waited for some good news.

“I couldn’t really train for three months because of COVID-19 so I had to begin this fight camp with catching up back to where I was first,” she says of the preparations for her Saturday meeting with Brazil’s Amanda Lemos. “I have done everything I could have done for this training camp. My condition is good and my motivation is very high.” 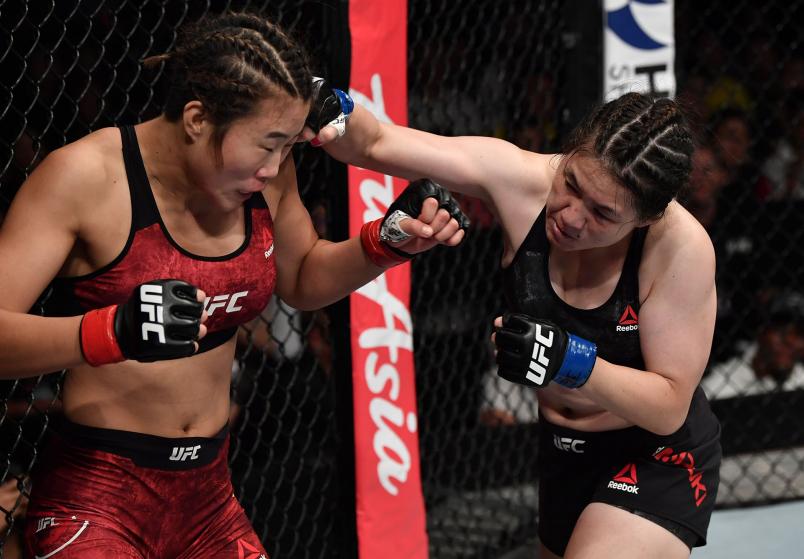 Motivation has rarely ever been a concern along Mizuki’s journey. The karate black belt started training in fourth grade and boasts championship honors in Deep Jewels and Shoot Boxing S-Cup in addition to wins over UFC vets Bec Rawlings, Viviane Pereira and Alex Chambers and an impressive stint in Invicta FC. Just hours since she turned 26, her 14-5 MMA record signals more experience than fighters ten years her senior.

After receiving her formative training in Hakushinkai Karate in Toyohashi, Japan alongside her brother, UFC vet and RIZIN star Naoki Inoue, the pair moved to New York to become members of the Serra-Longo fight team. Attracted by the Serra-Longo’s stack of wrestling-based MMA fighters, Mizuki now finds herself training alongside the likes of Katlyn Chookagian and Erin Blanchfield on a regular basis. Aljamain Sterling will corner her this weekend vs Lemos.

“I am looking to get a good result and prove that I can fight anyone in the strawweight division,” she says of her return to her natural weight class. “I am actually feeling very thrilled to be able to fight at 115. This is the first strawweight fight in UFC for me and it’s been a year since the last fight, so this is sort of like a comeback fight.”

Mizuki’s calling card is the armbar submission, a weapon she’s concluded fights with eight times. In Lemos, she’s facing an opponent who is coming off a first-round rear naked choke finish in her last outing.

“She used to fight at 135, so I think she has the power,” she says of her opponent. “I’m not sure how good her grappling is but obviously she has the skill and power to finish the opponent.”

Lemos, in fact, is also adept with her hands, as has far more TKO finishes on her 7-1 record than she does submissions. This doesn’t concern Mizuki in the least.

At 2013’s Invicta FC 6, just before she would take the cage to defeat another Rawlings, commentator “King” Mo Lawal described her as “one of the most technically skilled female strikers in the sport…only 18 years of age and already so technically proficient in the striking.”

That was over seven years ago, and it was high praise for the Japanese prospect who was already better known for her trademark armbar. Even back then, she was a legitimate threat wherever the fight went.

“I am looking to expose her weaknesses in this fight,” Mizuki said of this weekend’s bout. “When it comes to a fight, I have to believe in my instinct. And if I feel I can finish her, then I will. I am looking to dominate this fight.”